Slovakia sends its condolences to Belgium; the Foreign Affairs Ministry does not recommend travelling to Brussels. 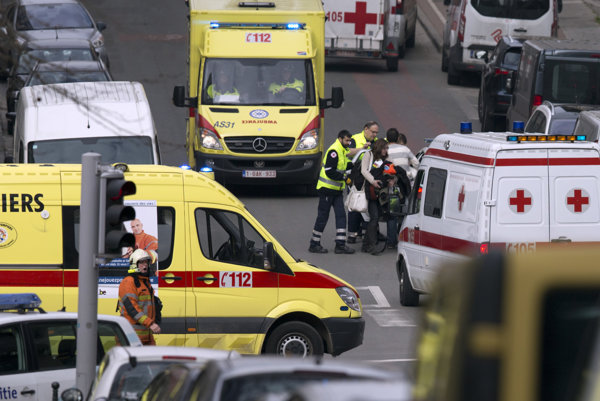 The society cannot be defeated by fear, said Slovak President Andrej Kiska in response to the March 22 terrorist attacks on Zaventem airport and the metro in Brussels which have already claimed some 20 victims. It is horrible that also in the modern world there are people who commit such horrible, terrorist crimes. Such incidents should encourage everybody in Europe to support more unity, solidarity and the common fight against extremism.

“We have to be careful, but we cannot allow the fear to overpower us,” Kiska told the TASR newswire.

Prime Minister Robert Fico meanwhile initiated a meeting of the Security Council which decided that Slovakia should increase its threat level, which is currently only on the first, low level.

“Other security forces will meet soon and discuss whether to change the level of terrorist threat to Slovakia,” Fico said, as quoted by TASR, adding that Hungary has already done so.

Meanwhile, the Foreign Affairs Ministry said it is in contact with Belgian authorities, trying to learn whether there are any Slovaks among victims or the injured. The ministry also does not recommend Slovaks to travel to Brussels or, if they are already there, to avoid crowded people and public transport, and to respect the recommendations of local authorities, it informed on its website.

The Interior Ministry has meanwhile informed about the adoption of special measures. These include placing more police officers on the streets, intending to control traffic junctions, airports, bus and train stations. Moreover, there will be more patrols at places where more people frequent, like shopping centres, informed ministry’s spokesperson Peter Lazarov.

Regarding transport to Brussels, the M. R. Štefánik Airport in Bratislava has adopted special measures. Moreover, all flights to and from Brussels are cancelled, with the next one being scheduled for Brussels-Charleroi at 12:10 on March 23, airport’s spokesperson Veronika Ševčíková informed.

Buses belonging to Student Agency travelling from Prague to Brussels and then to London will slightly change their route. There will be a temporary stop set up close to Brussels, said company’s spokesperson Ivana Kašická.

“We will inform all affected clients about details,” she told TASR.