The regional prosecutor’s office in Prešov has dismissed a complaint concerning the police inspectorate’s probe into a raid in Moldava nad Bodvou. 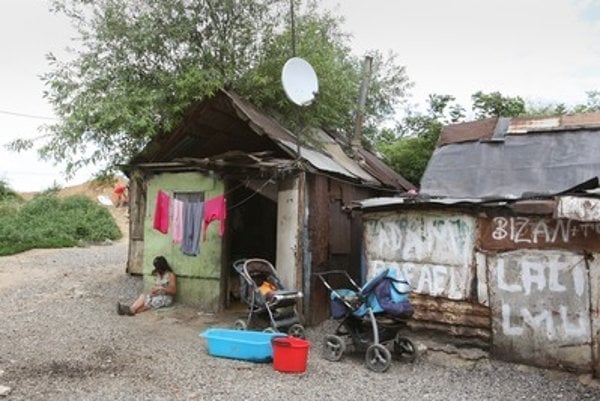 The controversial raid took place in a Roma settlement informally known as Budulovská, situated in Moldava nad Bodvou (Košice Region), in June 2013, but the inspectorate of the Interior Ministry started a probe into its actions only a few months later.

The prosecutor’s office however says that such a procedure was permissible. With the decision it turned down the complaint against the inspectorate’s decision to stop criminal prosecution in the case of the police raid, submitted in November 2015, the Sme daily reported.

Several Roma complained after the raid that the police officers had beaten them without reason. They also entered their homes without permission and damaged their furniture, the locals complained.

“The prosecutor in his decision incomprehensibly respects the fact that the criminal prosecution was launched by the inspectorate in January 2014 and the first investigation of our clients was carried out in late February 2014, which is nine months after the incident,” said lawyer Vanda Durbáková of the Centre for Civil and Human Rights in Košice, as quoted by Sme.

International law stipulates that the state authorities have to start the investigation of cases which indicate a potential police violation as soon as possible to secure the best quality of evidence possible, she added.

The steps of the police inspectorate have already been criticised by Roma, their lawyer, international organisations and Ombudswoman Jana Dubovcová. They said it took the prosecutor six months to start criminal prosecution and that the hearings and evidence collection took another year and half. This may have caused it to be harder for traumatised people to remember all details, as reported by Sme.

The prosecutor explains that the inspectorate could not do anything as it had not received any criminal complaint. It, however, dismissed the criminal complaint submitted by Durbáková in the name of one of the attacked Roma only a few weeks after the incident, Sme wrote.

In addition, the respective investigative authority should start an investigation on its own if there are indications that the police may have abused their powers.

“Regarding these facts I consider the decision of the regional prosecutor’s office unlawful and in the name of my clients I will use all possible legal tools to reverse it,” Durbáková added, as quoted by Sme.