The analysis carried out by INEKO think tank shows that the financial literacy of Slovaks is low. 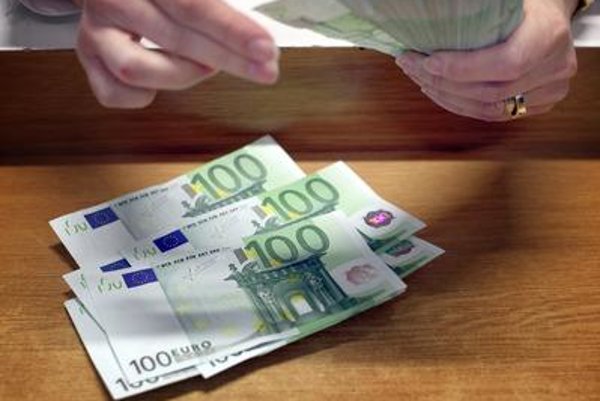 Low financial literacy in combination with errors in regulation have put hundreds of thousands of people, including the clients of non-banking financial institutions, at risk of falling into debt under unfair conditions. This stems from an analysis carried out by the Institute for Economic and Social Reforms (INEKO) think tank.

It showed that Slovaks are unable to perceive the difference between fair and unfair non-banking financial institutions and are unable to recognise an extraordinarily expensive loan offer, the TASR newswire reported.

Around 700,000 people use the services of non-banking financial institutions in Slovakia, which is more than one-third of the number of bank clients. Despite this as many as 90 percent of people perceive the practices of non-banking financial institutions negatively. Meanwhile, 40 percent of them admit that without such lenders, some people would end up borrowing from usurers under even worse conditions.

The survey showed that half of the respondents disagree with the assertion that fair non-banking financial institutions are also operating on the market.

“This is chiefly caused by the fact that unfair practices in Slovakia aren’t associated with the specific firms that apply them, which would disqualify these firms and push them out of the market,” INEKO analyst Ján Kovalčík said, as quoted by TASR. “Only non-banking financial institutions in general are usually mentioned.”

Only 13 percent of Slovaks would probably be able to give advice to their friends who need to borrow money but have failed to do so from a bank and now need to choose a non-banking financial institution. Merely 2 percent of the respondents would definitely dare to do so. When it came to the main reasons behind problems with loan repayments, as many as 63 percent cited the debtor’s failure, with only 20 percent of the respondents blaming the creditors.

“The way towards problems primarily starts with the failure to recognise high rates for loans and an overestimation of an individual's ability to repay a loan like this,” stressed Kovalčík, as quoted by TASR.

INEKO analysts think that politicians pay too much attention to tough regulations, such as interest rate ceilings or the licensing of non-banking financial institutions. Following recently adopted measures, several companies have announced that they are leaving the market.

“There’s a risk that a relatively high proportion of clients will become dependent on borrowing at maybe even worse conditions, which could lead to the growth of a black market,” said INEKO director Peter Goliaš, as quoted by TASR.

Therefore, the analysts recommend other measures.

“The government neglects softer forms of regulation that could be much more effective,” Goliaš added. These include, for example, naming companies that employ unfair practices or comprehensible information for consumers on the key parameters of a loan in a draft contract.