Volunteers of the Year awarded

The Volunteer 2015 award in the main category went to Ján Šlosiar of ADRA Moldavia organisation who offered his time to help “street children” in Moldova. 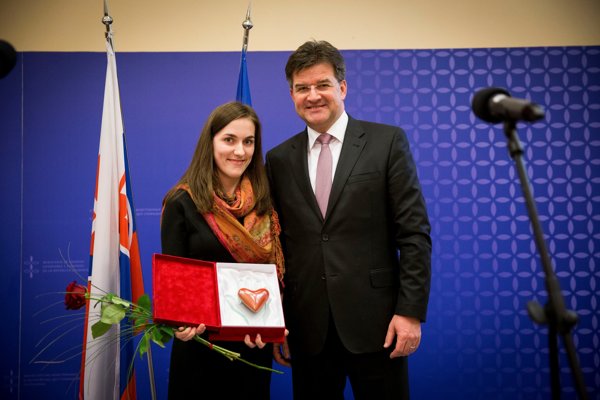 Annually, the Foreign Ministry and the National Volunteering Centre CARDO award prizes for the best volunteers.

This year, a new category was added to those traditional ones, hailing representatives of the Pokoj a Dobro association, Stanislav Horák and Peter Brenkus who are helping 147 Assyrian Christians start a new life in Slovakia.

The eighth year of the events took place on February 11 and the awards went to organisations and individuals who stood out in previous years for helping others.

“We need volunteers more than ever,” Foreign Minister Miroslav Lajčák said, as quoted by the SITA newswire. “They are not paid because they would be valueless – on the contrary, they are invaluable.”

The minister thanked volunteers and their work, and added that they come and start working then and there where politicians and governments fail to secure the basic needs of their citizens, and so they are irreplaceable.

The Dobrovoľník roka 2015 / Volunteer 2015 award in the main category – Dobrovoľník roka Slovak Aid 2015 went to Ján Šlosiar of ADRA Moldavia organisation who offered his time to help “street children” in the Curcubel Sperantei centre in the Vadul Lui Voda, Moldova.

The National Volunteering Centre CARDO which was established in 2004 is an umbrella organisation for more than 400 institutions working with volunteers in Slovakia.

“All volunteers deserve our respect and esteem,” Lajčák told SITA, adding that he especially appreciates the fact that three-quarters of all volunteers in Slovakia are women.