Despite more activities and travelling taking place during the Easter holidays, fewer accidents happen in Slovakia on Easter Monday than on any normal Monday. 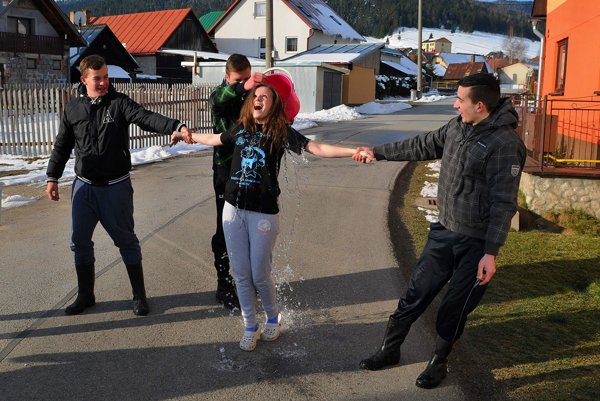 The most curious events on this festive day, as recorded by Generali, were related to ”šibačka”, the traditional whipping of and pouring of water on women.

These included an incident in a hospital, when a scrub nurse tried to escape a doctor chasing her with water, slipped on the floor and broke her thigh bone, with the treatment lasting for six months.

Another ”šibaka” incident involved a hair-dryer which was switched on and left on a wash-basin exploded and caught fire, when the boys coming to whip and pour water on the girl in the house did not see it and hit it with the pouring water.

In a further hospital-related incident, a client ate so much during the Easter holidays that she developed an intestinal blockage (ileus), and this required an immediate operation.

When driving around visiting the families of friends and relatives, a father quarrelled with his son and asked him not to meddle with a small bottle full of water. When the father turned toward his child, the boy squirted the water into his face. This shocked the father who crashed the car into a post, damaging the bumper.

And finally, a man who drank too much when doing the rounds of friends and relatives, reported his bicycle as missing, allegedly stolen. However after he sobered up, he remembered that he had parked it in a different place than he originally thought.