All nineteen parliamentary committees now have their leaders, as elected in a secret ballot on March 23. However, the division of posts in committees caused disputes between opposition and coalition, to be resolved by a panel of legislators. 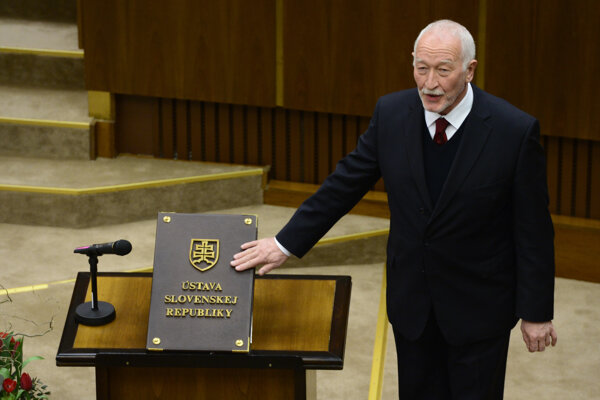 During the founding session of the new parliament, 19 parliamentary committees were created. Eleven will be controlled by the ruling coalition while eight went to the opposition, the TASR newswire wrote. The Smer party took six chairing positions, the Slovak National Party (SNS) and Most-Híd two each; and Sieť (network) one; of the opposition, the Freedom and Solidarity (SaS) and Ordinary People and Independent Personalities-NOVA (OĽaNO-NOVA) three each and We Are Family-Boris Kollár two. The far-right Kotleba-People’s Party Our Slovakia did not get any leading post.

On the foreign affairs committee chaired by František Šebej of Most-Híd, two members of the extremist Kotleba-ĽSNS party that supports the cancellation of NATO and EU membership will sit. Either Milan Uhrík, or Ján Kecskes will be the deputy head of the committee. Šebej pointed out, according to the Sme daily, that committees select their deputy chairpersons and he will not vote for any member of Marian Kotleba’s ĽSNS party.

The inaugural parliamentary session ended on March 23. The next session will be held when the new government presents its Government Manifesto and asks for parliament’s confidence.

The next session will also decide on the ratio within parliamentary committees. The opposition does not agree with the fact that the coalition will have a majority (7:5 ratio) in the defence and security committee, which does not correspond with the election results. Opposition MP Daniel Lipšic (OĽaNO-NOVA) noted that the coalition has 81 legislators and the opposition 69. “The ratio in parliamentary committees should be 8:7 or 7:6,” he said, as quoted by TASR. “It’s bewildering that this ratio isn’t respected in some key committees. Such a ratio was in place during the rule of Vladimír Mečiar. This committee will be important when discussing various scandals and corruption cases. I guess this committee will have to be convened very frequently.”

Miroslav Beblavý, former Sieť party member and now an independent MP, does not like his assignment to the foreign affairs committee. He said that with his financial expertise he would like to sit in the finance and budget committee. “Every legislator is elected for a certain party,” Speaker of Palriament Andrej Danko (SNS) said. “Had we been discussing the assignment of each of the 150 members, we wouldn’t have assembled a new parliament. There are certain mechanisms in place,” explained Danko (SNS) who has convened the panel to resolve the dispute.

Beblavý, Katarína Macháčková and Simona Petrík, who have left the Siet party, were nevertheless assigned to committees by their former mother party. So was Zsolt Simon, who has left Most-Híd.