The Slovak Economy Ministry is currently in negotiations with two automotive players, one of them being the US company Tesla. 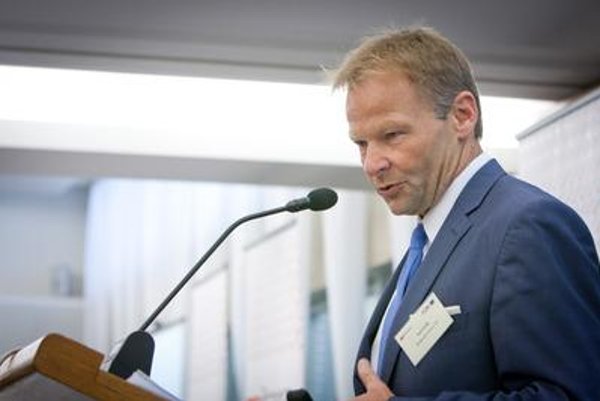 The outgoing Economy Minister Vazil Hudák has confirmed this at a news conference on March 23. Tesla is a US company that makes electric vehicles and energy storage systems. Investment projects which the economic department is negotiating range between €2-3 billion, the Sme daily quoted him as having said, adding that he has seen a real increase in investor interest in Slovakia.

As his biggest success as a minister, Hudák named the investment of Jaguar Land Rover. “We managed to attract to Slovakia the biggest investment within the EU over the last seven years,” he stressed. “We’re negotiating with companies from China and Russia, opening a representation office in Cuba and quite recently we travelled to Iran for a business trip,” summed up Hudák, who is in the frame for a special appointment related to Slovakia’s presidency of the European Union council later this year and is the government’s nominee to represent Slovakia at the EIB (European Investment Bank).

As of March 23, Tesla company has not commented on the rumour.