Airport representatives cannot rule out the possibility that passengers may have to come to the airport earlier than normal.

Passengers who are set to travel via Bratislava airport should be prepared for the new security measures introduced on March 24 following the terrorist attacks in Brussels two days earlier.

The Belgian capital was hit by several explosions, when blasts targeted Zaventem airport and Maelbeek metro station, which is located near EU institutions. The terror attacks claimed the lives of at least 31 people, while around 260 were injured.

Travellers will therefore be checked upon arrival at the main airport hall via special detectors. Airport representatives cannot rule out the possibility that passengers may have to come to the airport earlier than normal because the new security measures might cause delays. 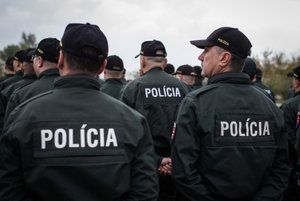 The new measures will be valid until further notice, but they could be put in place permanently, said M. R. Štefánik Airport general director Ivan Trhlík at a briefing in Bratislava on March 24, the TASR newswire reported.

“Bratislava airport is one of the first EU airports to introduce a whole set of security measures, most of which will remain secret from the travelling public,” said Trhlík, as quoted by TASR. “Such measures have never been activated at this airport before, but the current security situation requires it.”

There are now only single routes for entering and exiting the airport, stated Trhlík. He added that the measures were prepared long ago and that the airport pondered putting them into practice after the terror attacks that took place in Paris on November 13 of last year. The airport is quite capable of managing incoming and outgoing flows of passengers when compared to other larger EU airports, he said.

Despite the boosting of security measures, the airport is not considering raising its charges.

“It [security] is one of the basic duties of any airport,” emphasised Trhlík, as quoted by TASR.

People not travelling via Bratislava’s M. R. Štefánik Airport should think twice about visiting it, however, said Trhlík.