The March 25 match against Latvia starts an important preparation period for the EURO 2016 championship in France, the first for Slovakia since it became independent. 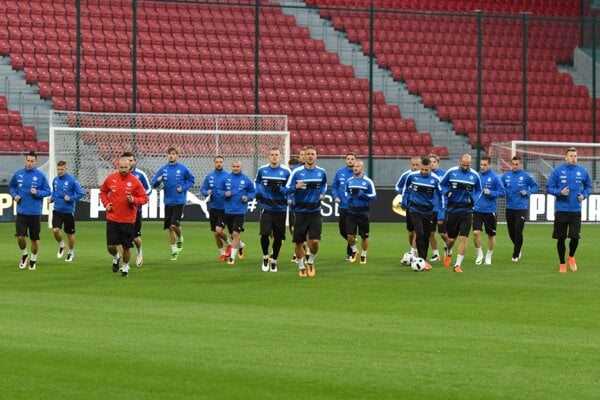 The Slovak football representation plays its first match in 2016 against Latvia on March 25 at Trnava stadium.

The couch of the national team Ján Kozák invited 27 players for the training, including those who are currently recovering from injuries. They will probably not play against Latvia, but will spend several days with the team, the TASR newswire reported.

Kozák has only limited space for testing the team’s composition, thus it will be very important to use it during the preparatory matches before the EURO matches. Slovakia is in group B, and will face the teams from Wales (June 11), Russia (June 15), and England (June 20).

Before the launch of pre-championship preparation, there will be one more preparatory match, against Ireland. The match will take place in Dublin on March 29.

“We want to be prepared and be successful in both matches,” Kozák said, as quoted by TASR. “We wanted to play with the teams typologically similar to those we will face at the championship. Latvians and Irishmen meet these criteria.”

Slovakia has already defeated the teams from Switzerland (3:2) and Iceland (3:1) in the end of last year. The match against Latvia will be the 251st international match for Slovakia, and it will pursue its 100th victory.

Slovakia is currently placed 26th overall in the FIFA ranking; Latvia is 98th. Though the favourite is clear, the match still carries significance.

“It will be a difficult match against Latvia, but today there is no weak rival, which we were convinced of in the past,” Škrteľ said, as quoted by TASR.

The Slovak representation will start its official preparation before the championship in May, when it will play against Georgia (May 27). Then they will meet the current world champion from Germany (May 29), and Northern Ireland (June 4).