Blog: Easter Monday: What doesn't kill you makes you stronger

Although I normally am the first to embrace and celebrate traditions, my first Easter in Slovakia was rather a shock. 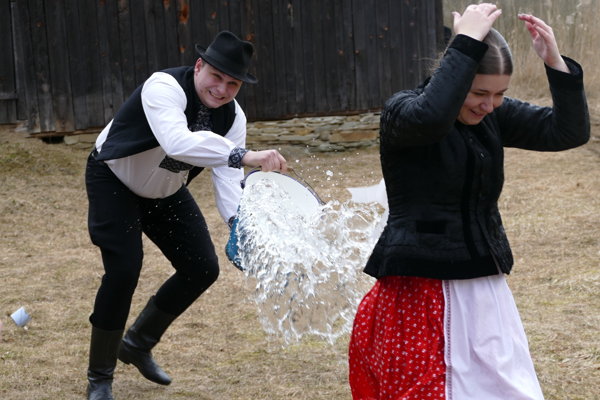 My first Easter in Slovakia, I said something along the lines of "You do whaaat?"

For those who don't know, Easter Monday's fun consists of boys whipping girls with willow whips and/or dousing them with water. And then she pays him with candy and chocolates.Now, apparently this tradition originates from pagan days when willows and water were signs of life and fertility, and those gifts were conferred onto a girl or woman upon being whipped or splashed. 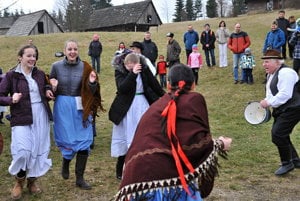 Experts say these traditions are being lost and becoming more of a family affair, rather than throngs of lads roaming the streets finding their next victim receiver of nature's gifts. A family affair, to be honest, makes it much less fun if you're a teenage girl. Being lowered into a creek can cause a girl's heart to skip a beat, either from the shock of cold water or because the boy she has a secret crush on carried her down to the water (if we imagine the whip as a club, the scene is only missing leopard skin clothing). If it's your brother pouring a bucket of cold water on you, it's just annoying.

I don't know if it's true, but someone once told me that back in the day a young woman had only one egg to give away. All these young men came vying for her attention, and she held the power of success in her hand. Of course, if you were the girl that the boys didn't come to bother, well, that would suck.

I can imagine the scene at school the next day. "Ugh," says the girl ignored. "I'm so glad I didn't get wet and beaten. It's so annoying and then I have so much laundry."

"I know," giggles the girl she envies, tossing her hair. "They were coming all morning, I was so completely soaked a hundred times. It was freezing!"

In truth, the willows and water are all fun and games and I don't mind them - but there is one part that irks me. The boys go around the village and come home with a bag full of candy, chocolates, and money (come on! money?). The girls end up with nothing but the pleasure of being visited all morning. I feel like it's a small thing and it shouldn't bother me, but it does.

I've watched my daughters, purposely not saying anything, to see how they took it. In past years, they've had fun shrieking and running from their cousins, as I'm sure they will this year. But this year was the first time, at 9 and 7 years old, that beforehand they have said, "Wait a minute...this isn't fair!"

I distinctly remember one of my students saying she disliked Easter, because as a child as all the men got drunk as they were served alcohol while making their rounds. As a young girl, that would be infinitely worse than whips or water, and a sign of an actual problem.

What doesn't kill you makes you stronger - maybe šibačka is the secret behind Slovak women, women of strength and beauty and determination.