After Brussels: United we stand, divided we fall 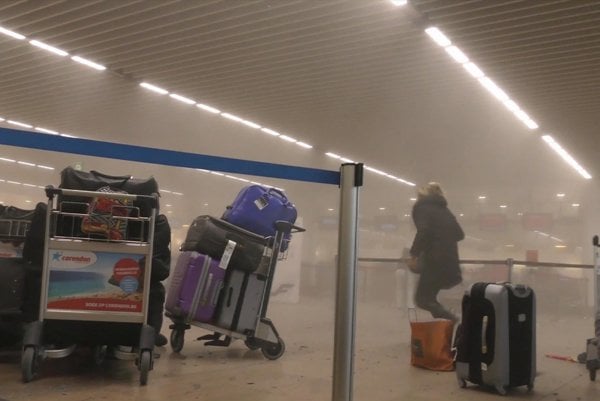 In the days following the Brussels bombings, a dumbfounding European security paradox has emerged. It’s this: as Europe’s internal borders have come down, allowing free movement with its attendant risks, barriers to sharing information – between and even within countries – have remained intact. So while the demand for intelligence on terrorist threats has soared, the supply has remained fixed and insufficient, and its handling jealously parochial.

In Belgium’s case, poor intelligence was one of the main factors in the March 22 attacks. As one US counter-terrorism official noted, “it’s no longer just a question of capacity, it’s now a competence problem as well”. No kidding. The apparent key to the Brussels attacks was Belgian-born Salah Abdeslam, who helped organise last November’s terrorist attacks in Paris as well. After chickening out of his own Paris rendezvous with Allah, Abdeslam fled to Brussels; he was stopped at a checkpoint, but released because his name was not yet in the database of suspects. Once home, Abdeslam dodged repeated police searches in the Schaerbeek immigrant district, benefitting from a benign Belgian law that prohibits most police forced entries between 21:00 and 05:00. When, on March 15, Belgian police finally did corner Abdeslam in Brussels, they bungled the raid because they mistakenly believed the flat was empty: four policemen were injured, and Abdeslam escaped over the rooftops. He was finally captured three days later, after over four months at large.

But even after Abdeslam confessed to planning new operations, Belgian security forces still managed to be caught off guard by the Brussels bombings. No wonder. The criminal El Bakraoui brothers who carried out the attacks, for example, were treated with shocking laxity by Belgian security: Ibrahim had been deported from Turkey last summer and flagged as a “foreign terrorist fighter”, but Belgian authorities did not heed the warning. Ibrahim’s brother Khalid, on the other hand, was liable for arrest after violating his parole, but foiled police by adopting an alias. And so on.

The attitude in Brussels, according to another US intelligence official, seems to have been to tolerate domestic jihadism as long as the bombs were exploding elsewhere. “The Belgians have been counting on these guys knowing not to shit where they eat,” he told the Newsweek magazine. But nor has Europe itself provided a competent and independent intelligence option: a summit of EU justice ministers, meeting after the Brussels bombings, agreed merely to “strengthen Europol”, rather than create an EU-wide intelligence service.

The need for a unified European security force is clear and present. The question remains: how many more attacks will it take before Europe finally realizes that on intelligence as well, united we stand, divided we fall?