Rescuers are still searching for Martin Filko (35), director of the Institute of Financial Policy, after his canoe capsized on the Danube. 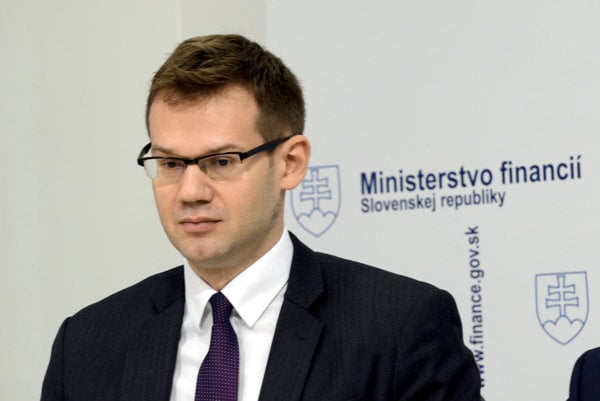 The incident took place close to Bratislava’s Prístavný Most bridge on March 29 28 , around 17:00. One person is safe, but the other one is still missing. The private broadcaster TV Markíza was first to report that the missing person is Filko, a well-known economist and head of the Institute of Financial Policy (IFP), which runs under the Finance Ministry.

Rescuers are searching a 30-kilometre section of the Danube, down to Gabčíkovo, using divers, dogs and four-wheelers. The water temperature is only 7 degrees Celsius and rescuers say there is only a small chance that he has survived.

Filko probably was not wearing a life jacket, as the rescuers say that if he had one, he would probably be able to swim to the bank, the public-service broadcaster RTVS reported.

Moreover, if Filko drowned, it could take another 24 hours until his body is found, the rescuers added, as reported by the Denník N daily.

The Finance Ministry has not issued any official statement yet as it is awaiting the results of the investigation, Denník N wrote.

Filko served as an advisor to former finance minister Ján Počiatek between the years 2008-2010. At the time, he prepared a reform of calculating the prices of medicaments, based on which the prices started to be compared with other countries. He also became advisor to ex-prime minister Iveta Radičová (2010-2012) for health care. After Robert Fico returned to power in 2012, he returned to the Finance Ministry and became director of the IFP, the Sme daily wrote.

He was also mentioned as potential health minister in the new government, but the post later went to Tomáš Drucker, former head of state postal service operator Slovenská Pošta.