Following a record year in 2015, when Slovakia was visited by 4.3 million tourists, demand for holidays in the country continued to grow at the beginning of this year. 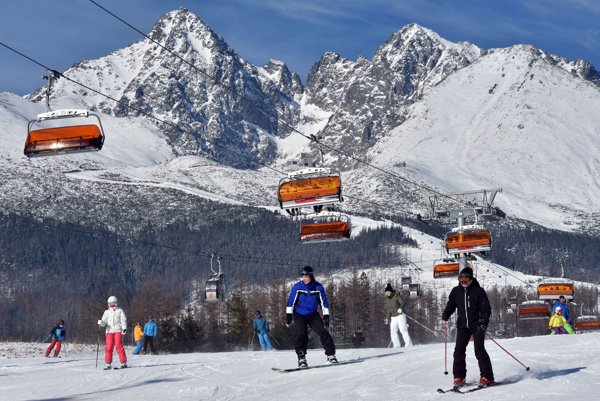 The number of visitors to Slovakia grew by 31 percent year-on-year in January, with 320,000 holidaymakers in total, a record for the month.

Domestic and foreign holidaymakers contributed equally to the increase in the number of tourists. While 198,000 Slovaks (an increase of 31 percent y/y) decided to spend a holiday in their home country, Slovakia saw 122,000 foreign guests (up 30 percent y/y), the TASR newswire reported.

The increase in the number of tourists can partly be ascribed to the marketing activities of the Slovak Tourist Board (SACR), which include directly targeted advertising on television and online. Winter resorts attracted visitors with very good skiing conditions, while the European Figure Skating Championships in Bratislava also contributed. Improved air links and the work of regional and local tourism organisations were additional factors.

“We posted increases in the number of tourists from all the main markets, such as the Czech Republic, Poland, Hungary, Germany and Austria. Following two years of decline, the growth in the number of visitors from Russia was especially gratifying,” SACR director Marta Kučerová told TASR. “This can be ascribed to the modification of an air link from Moscow and Saint Petersburg via Riga to Poprad, partly to the credit of SACR, and the launch of a new direct air route between Moscow and Bratislava.”

It promotes Slovakia in cooperation with the other Visegrad Group countries (Hungary, Poland and the Czech Republic) in those areas, Kučerová added, as reported by TASR.