Bratislava has a direct air link to Skopje

Planes fly between Bratislava and Macedonia’s capital Skopje twice a week as of March 28. 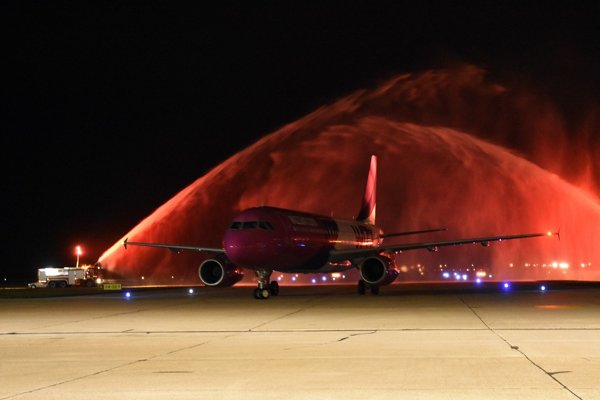 The new service is being operated by low-cost airline Wizz Air. It will transport passengers twice a week, on Mondays and Fridays. The first flight took place on Monday evening, the TASR newswire reported.

The opening of the new route was special as it was connected to the Slovak Easter traditions. Moreover, the first passengers received a certificate together with a small present, the M. R. Štefánik Airport in Bratislava’s spokesperson Veronika Ševčíková informed in a press release.

The airline expects that Macedonia will be able to attract Slovak tourists thanks to its sights and cuisine. Representatives of Bratislava airport also believe that the new route will be successful.

“We are glad that we agreed on cooperation with Wizz Air,” Bratislava airport’s director Ivan Trhlík said, as quoted in the press release, adding that he hopes the collaboration will further develop and they will be able to offer also further air connections.

Wizz Air started flying out of Slovakia, initially from Košice, in 2013. It added flights from Poprad in 2014. The airline has carried a total of 360,000 passengers to and from Slovakia so far. With the new route to Skopje, Wizz Air now offers six routes from three airports in Slovakia.