Human traffickers are not the reason for migration 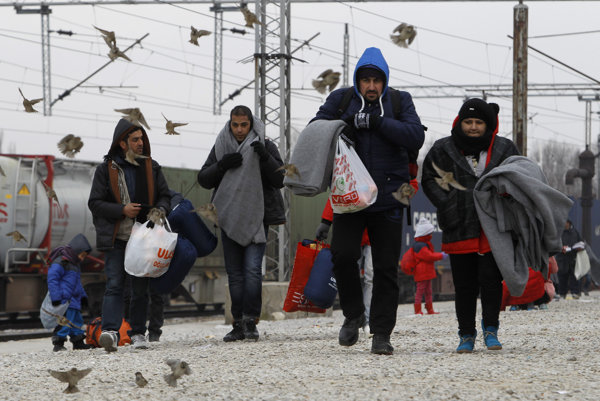 Amid the continued reticence of Central European governments (and publics) to contribute to solving the migration crisis, “The Great Departure”, a timely new book by historian Tara Zahra, is set to come out in April.

The text details mass migration out of Central and Eastern Europe during the late 19th and early 20th century. Between 1900-1910 the Austro-Hungarian Empire saw 2 million people emigrate to the United States alone. Even then, Central Europe had a tricky relationship to migration and the Austro-Hungarian government tried to prevent people from leaving, much as governments today oppose people migrating in.

Though the situations and eras are clearly different, the responses to mass migration were oddly the same. Then, as now, leaders sought to close borders and blame smugglers or human traffickers for the problem –  not the underlying social conditions that encourage somebody to risk their life and abandon everything they know.

On March 3, European Council President Donald Tusk said this: “Do not come to Europe. Do not believe the smugglers. Do not risk your lives and your money.” Compare this to an 1899 speech by the Austrian foreign minister that denounced the “artifices of unprincipled agents who carry on a lucrative business in the new kind of traffic in human beings”.

Back then, political leaders contended that human traffickers were taking advantage of simple illiterate peasants. Today, leaders often argue that uneducated migrants are being pushed to Europe by nefarious actors. In the early 20th century political leaders were wrong. Research by economists found that the poorest and least educated peasants were less likely to migrate as they lacked the money to make the trip. Those who did move were people with ambitions who saw no way forward in their native land.

In other words, the problem wasn’t smugglers and attempts to close the Austro-Hungarian borders did little slow the flow of people. What eventually did slow the flow was improved socio-economic conditions in Central Europe – some of this came from migrants who gained know-how and experience in the United States before returning home. Up to 40 percent of migrants eventually returned to Europe.

There are dozens of other interesting parallels between the two eras. Zahra, a professor at the University of Chicago and winner of a MacArthur Fellowship (nicknamed “the Genius Grant”) points out that in American political culture the concept of freedom has always been connected with freedom of movement. She quotes the American founding father Thomas Jefferson supporting migration as: “A right which nature has given to all men of departing from the country which chance, not choice, has placed him”.

This is an important point. Most data shows that Slovaks are still largely unwilling to migrate within their own country – meaning the biggest divide between Central Europeans and migrants may not be religion, race or language but the very idea that human beings have a right to pursue a better life somewhere else.