Tips for events in Bratislava between April 1 and 10, including a host of parties and concerts, classical and jazz music, stand-up comedy in English, an interactive theatre performance, a city marathon, a conference on urban planning in English, film festivals, and more. 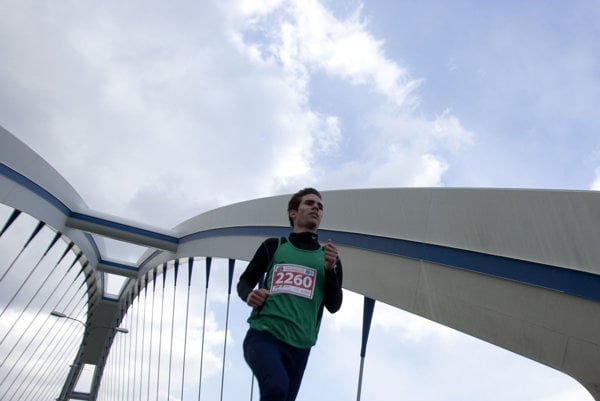 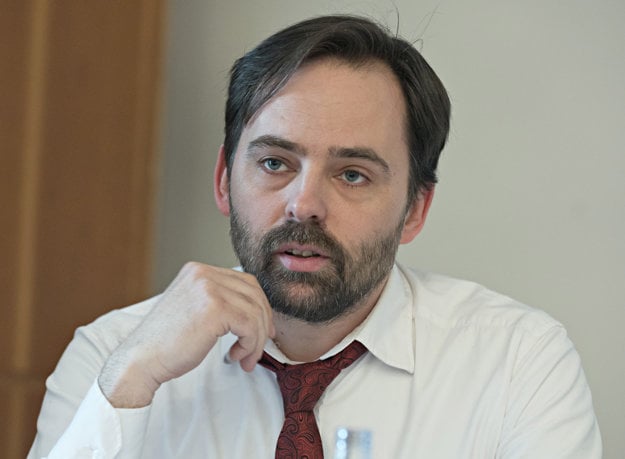 Boris Čellár (laureate of the Jazz Album of the YEar in Esprit Award) (Source: TASR) 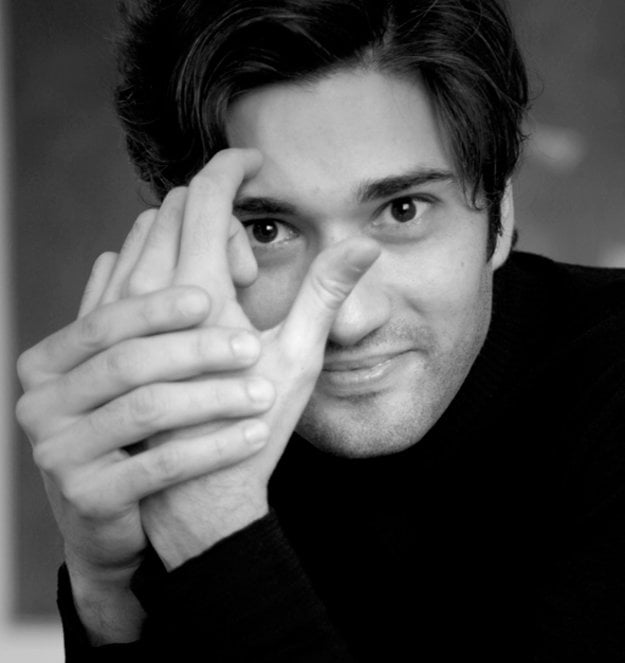 BIRDWATCHING: Za dravcami na Devínske jazero / Watching Birds of Prey at Devínske Lake – A group walk to the area of Devínske Jazero Lake, focused on the birds of prey (White-tailed Eagle, Red Kite, Sparrowhawk, Common Kestrel, Hen Harrier/ Northern Harrier, Goshawk and others) and birds living in floodplain forests (woodpeckers, tiny songbirds). The location is the Morava River floodplains, so particular route of walking will be therefore adjusted to the current state of water. Starts: Apr 2, 08:00; the entrance hall of the main railway station 8:16, possibility of joining others in Lamač at 8:24, or Devínska Nová Ves stations 8:31. Exit at the stop Devínske jazero 8:35. Admission: free (except for railway tickets). More info: www.watching.sk.

BALLET: Angelika – Eugen Suchoň, one of the founders of Slovak music modernism, composed Angelika as a ballet pantomime. At the time he was merely a 17-year-old student of the Music School. Mauro di Candia, the author of choreography and director of the first production presents the concept of Angelika in an original, precise and pure ballet form. Performers are Romina Kołodziej,Viola Mariner, Adrian Ducin, Peter Dedinský and others. Starts: Apr 2, 19:00; SND historical building, Hviezdoslavovo Square 1. Admission: €8-€18. Tel: 02/2049-4290; www.snd.sk. 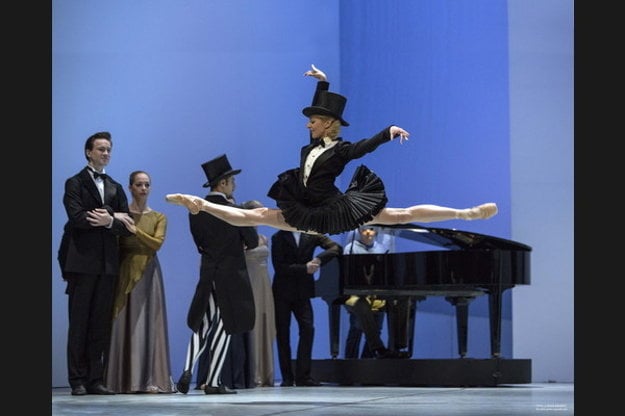 CONCERT: Ely Cathedral Choir – The concerts and tours provide extensive opportunities for rehearsals and performances which benefit the performing choir as well as those who come to listen. Since 1990, this Choir has taken its distinct “Ely Sound” to Rome, the Netherlands, Germany, Belgium, Denmark, Poland, the Czech Republic, the Channel Islands, Gozo and Malta, Canada, Italy and the USA. Visits abroad are a natural and important expansion of the Cathedral’s Christian outreach, enabling audiences a first-hand experience of the magnificence of English Church Music. Starts: April 2, 20:30, Franciscan Church of Lord’s Annunciation, Franciscan Square 1; Admission: free. More info: www.citylife.sk. 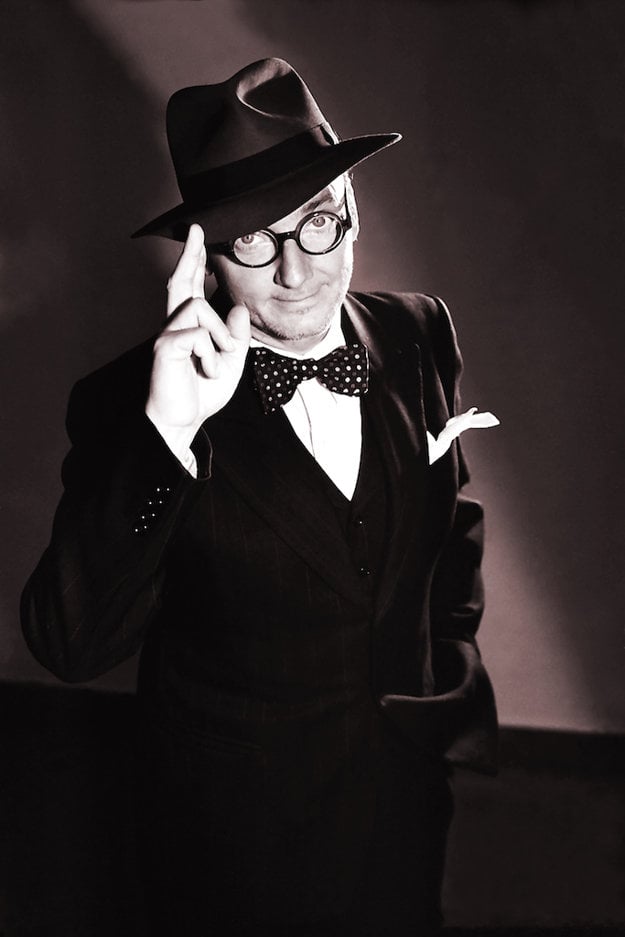 LECTURE/DISCUSSION: WhatCity? What Square - Aké námestie? – The conditions of the squares and public places in Bratislava are scrutinised by foreign and Slovak experts trying to find a better system of management. Public places reflect the state of the society. Guests include: vice-mayor of one of the neighbourhoods of Bratislava (Ľubomír Boháč) who will present an architectonic-city-planning study about Šafárikovo Square and Fajnorovo Embankment; Portuguese Carolina Leite who tells more about revitalisation; Hungarian Levente Polyak (urbanist and expert for economic models from civic initiatives); and Tomáš Kadeřábek (head of the Czech association of developers) talk about cooperation between the private and public sectors. Starts: April 4 (Apr 5-workshop on invitations), 17:00-19:30, Old Market-hall, SNP Square 25; Admission: €5-€9. More info: www.staratrznica.sk.

METAL:  Hollywood  Undead – The American rap-rock formation come to Bratislava, attracting audiences with their mixture of rock, rap and metal music, filled with dance and alternative features. The band, playing in masks, is not afraid of playing classical flamenco guitar as well as electro-punk beats. Recently at the top of the charts, they are considered successors of Limp Bizkit and Korn bands. Starts: April 6, 19:45, Refinery Gallery, Vlčie hrdlo 1; Admission: €17-€20. More info: www.refinerygallery.sk.

INDIEROCK: Indietronica + Talkshow – The indie-rock crew called Talkshow comes to Bratislava to present their third album. The band has cooperated with Slovak, English, Icelandic and Israeli musicians and has made 2 albums so far, Kunst and Talkshow. They performed at Grape, Pohoda, Waves, Rock for People, Colours of Ostrava and On the Rocks festivals. The duo Diablo & Krto (Indietronica residents) will play current songs and extracts from the best track from the past. They play music of the 1980s, indie, glamour and electropol. Starts: April 8, 21:00, KC Dunaj, Nedbalova 3; Admission: €5. More info: www.kcdunaj.sk.

LIVE MUSIC: Popular Night feat. Lay-Far – The DJ from Moscow and the head of the label in-Beat Ween Music, Alexander, is the initiative force of the soulful scene in Russia and he has gained attention as a sophisticated DJ and selector who combines deep, Detroit, soulful house, rare disco features and funk. He has performed from London, Tokyo, through Berlin to Mallorca and worked with many renowned musicians. Starts: April 9, 20:00, Nu Spirit Club, Pasáž Luxor/Luxor passage, Štúrova 3; Admission: €5-€8. More info: www.nuspirit.sk. 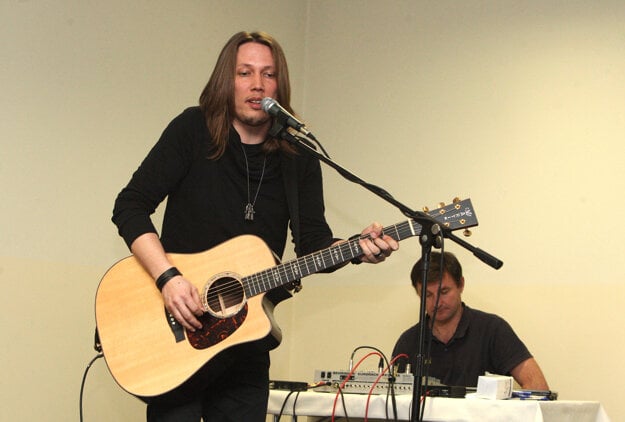 LIVE MUSIC: Frank Turner – The English folk singer, known for his emotionality and dynamic songs, will play in Bratislava. He sang in post-hardcore band Million Dead. In 2005, the band split up. Turner has made six albums, the most recent one Positive Songs for Negative People, in August 2015. The major part of the concert will feature songs from this album. Turner performs his music in Europe, US, Canada, now supported by The Sleeping Souls band. Starts: April 10, 20:00, Majestic Music Club, Karpatská 2; Admission: €15-€20. More info: www.majestic.sk.

EXHIBITION: Phantoms of Those Socially Dead: Portraying Social Exclusion -– The goal of this exhibition is to put the problem of social inequality into an historical point of view and context. It connects different methods, from many institutions and resources dedicated to controlling economic inequality and social conflicts thanks to physical separation of people (labour, wall, fence, jail), as curated by Christian Kravagna. Exhibiting artists are Pierre Bourdieu, Robert Gabris, Mulugeta Gebrekidan, Christine Meisner, Juri Schaden, Emma Wolukau-Wanambwa. Open: Wed-Sat 14:00-19:00, until May 5; Tranzit SK, Beskydská 12. Admission: free. More info: www.sk.transit.sk.