The Slovak Spectator offers the basic information a foreigner needs to know about education possibilities in Slovakia. 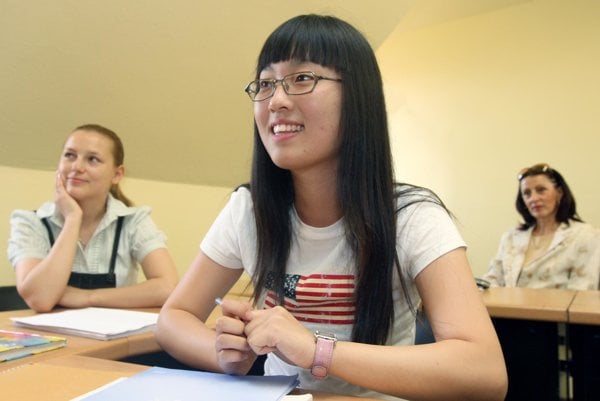 Q: How does the Slovak education system look?

Q: What do I do when I want to place my child in a kindergarten?

Q: What are my options if I don’t want my kids to go to Slovak schools?

Q: What are the options for kids who don’t want to go to international schools?

Q: When do primary school students typically start deciding which secondary school they want to attend?

Q: When do they take entrance exams and when do they know if they've been chosen?

Q: What do I do if I want to study at a university and how much does it cost?

Q: Where can I learn Slovak?

Q: What are my opportunities to requalify in Slovakia?

Do you have more questions about studying in Slovakia? Please let us know at spectator@spectator.sk.

Conservatories provide education in fields like music, dancing and the dramatic arts. It generally takes four years to complete one’s education at a conservatory.

Secondary vocational schools prepare students for various occupations and work activities, which may or may not require training and the maturita exam. The general and vocational sections involve education and training. Studying at those schools takes two to four years to complete.

Special schools use special educational and training methods and tools to teach students with mental, sensory or physical handicaps.

Post-secondary education: Many secondary vocational schools offer graduates the option to continue their education for two or three more years. This form of education results in an upgrade of an already received qualification. After completion, graduates obtain a certificate which entitles them to become a certified specialist in the respective field.

Q: What do I do when I want to place my child in a kindergarten?
A: People who want to place their child in a Slovak kindergarten have to fulfil several conditions. The enrolment takes place in May and it is up to kindergartens how long it will take (whether it will be the whole month or just one week). Parents need to bring an application, which contains a doctor's confirmation that the child can visit the kindergarten.

Some kindergartens require also other documents, but they need to inform about it. After submitting the application, the kindergarten has one month to decide whether it will accept the child or not. The kindergartens preferentially accept children one year before they are supposed to start visiting primary school, but it also depends on the capacity. There are also private kindergartens, where it is easier to find a place for the child, but the fees are higher.

A list of some international kindergartens can be found at: greenpages.spectator.sme.sk

Q: What are my options if I don’t want my kids to go to Slovak schools?
A: There are International schools in Slovakia, where the whole education is held in a foreign language. They are, however, private and parents have to pay an annual tuition.

A list of some international schools can be found at: greenpages.spectator.sme.sk

Q: What are the options for kids who don’t want to go to international schools?
A: Parents who do not want their children to visit international schools can try to enrol them in a bilingual school. There are several primary (in Bratislava and Trnava), but mostly secondary bilingual schools in Slovakia, including private and religious ones, offering some subjects in Slovak and some in foreign languages.

The most frequent type is bilingual grammar school where the studies take five years. They are open for pupils of eighth or ninth grade of primary schools, but applicants need to pass entrance exams. During the first year pupils usually learn mostly the foreign language and then pass the exams at the end of the school year.

Q: When do primary school students typically start deciding which secondary school they want to attend?

A: It depends on what type of school they want to apply to. Those who want to continue their education at a Gymnasium take entrance exams in the fifth grade. Otherwise, they can apply in the ninth grade, the last year of primary school.

Every pupil may apply for two high schools. Primary schools will collect the applications from every student and then send them to high school.

Q: When do they take entrance exams and when do they know if they've been chosen?

A: Talent tests take place in March and April. Other entrance exams take place in May. The results are known shortly after; the high school will usually publish them on the Internet and also write an official letter to each applicant.

Q: What do I do if I want to study at a university and how much does it cost?
A: According to the Education Ministry data, there are currently 28 universities and colleges in Slovakia which offer courses in a language other than Slovak, mostly in English. Foreign students, however, have to pay for the studies held in languages other than Slovak. This stems from the law on universities adopted in 2002. The price lists are published on the websites of the universities.

Q: Where can I learn Slovak?
A: The Comenius University offers courses of the Slovak language for foreigners. Its Centre for Continuing Education organises every year the Summer University of Slovak Language and Culture. The target groups are foreign applicants who are interested in studying Slovak language, history and culture; compatriots living abroad; descendants of Slovaks living abroad; friends of Slovakia and Slovaks; Slovakists and students of Slavic studies; university workers and students of Slovakistics and Slavic studies at foreign universities; teachers of Slovak language at foreign schools of all types; and foreign workers at various governmental and cultural institutions.

Foreigners can also learn the language online, at Slovake.eu, which is the only multilingual free-of-charge website. The lectures focus on various areas and situations and also explain the differences in pronunciation.

Q: What are my opportunities to requalify in Slovakia?
A: The requalification courses, whose aim is to increase the chances of people to find employment, are offered by the labour offices and also the educational agencies.

The labour offices offer the requalification courses only to registered jobseekers, via the RE-PAS project. Jobseekers who struggle to find work in their profession can apply for the course, whose main aim is to obtain new knowledge and skills in a selected profession. Jobseekers, however, cannot attend the same requalification course for five years after the course ended. All costs are covered by the labour offices.

The educational agencies have a wider offer of requalification courses, but people have to pay for them on their own.

Sources: the Education Ministry, the websites of universities in Slovakia, the Central Office of Labour, Social Affairs and Family, The J. W. Fulbright Commission webpage, The Academic Ranking and Rating Agency report