Four out of five Slovaks: development aid is important

Four out of five Slovaks consider helping people from developing countries important, according to a recent Eurobarometer poll on development cooperation and aid. 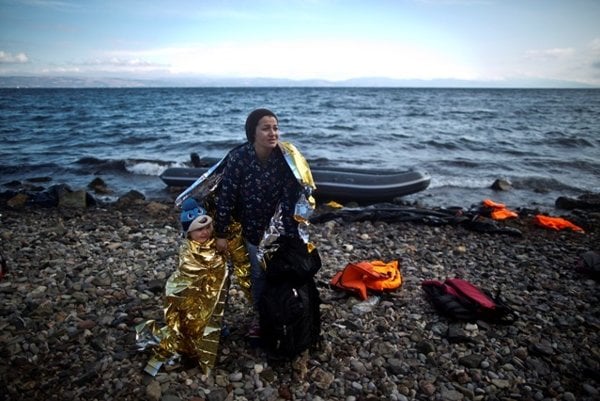 Refugees coming from war zones, and people in poverty-stricken states are in special need of aid. (Source: AP/SITA)
Font size:A-|A+

In view of the migration and refugee crisis, the European Commission conducted this research to find out what EU citizens think about development assistance and solidarity. The poll was carried out between November and December 2015 on a sample of 27,672 people from the 28 EU-member states, of which 1,036 were Slovak.

The poll showed that 79 percent of Slovaks think that helping people from developing countries is important, which is below the EU average of 89 percent. The most positive attitudes towards development assistance came from Sweden (98 percent), Luxembourg (96 percent), Germany, Spain and Portugal (93 percent each). Least supportive of provision of aid were Latvians (69 percent).

More than half of Slovak citizens (54 percent) agree with the notion that the fight against poverty in developing countries should be one of the EU’s main priorities. However, only 30 percent said that it should also be a national priority of Slovakia.

“Positive stances towards development assistance pervade at the EU-wide level, but most indicators of Slovaks’ attitudes are below the EU average,” Dušan Chrenek, head of the European Commission Representation in Slovakia, said as quoted by the TASR newswire.

Slovaks’ support for aid increases is also gradually dropping. “Slovakia also lags behind in terms of awareness of the sustainable development goals, with only 27 percent feeling well informed, while 37 percent is the EU average. However, there is strong support for development cooperation among the youth,” Chrenek highlighted.

Brussels has committed itself to increasing the scope of assistance provided to developing countries. Half of Slovaks think that the EU should keep this promise, while 7 percent of respondents think the aid should exceed the promised scope. Peace and security are, according to 50 percent of Slovaks, among the most urgent challenges the developing countries will face in the future, while 33 percent think it will be health and 31 percent consider food security, agriculture and education to be the most pressing issues.