Typical Slovak textile printing can get on UNESCO heritage list

Blueprint, the technique of textile printing various patterns with indigo, is waiting to be inscribed on the UNESCO heritage list. 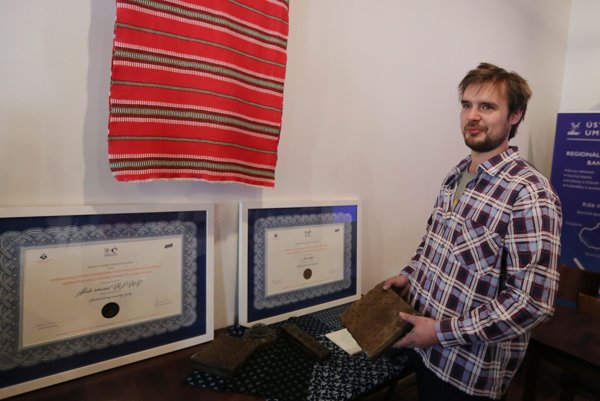 Previously, it was enrolled on the Representative List of Intangible Cultural Heritage of Slovakia.

In the Banská Bystrica branch of ÚĽUV, the only active blueprint craftsman in the country, Matej Rabada of Dolný Kubín, presented this traditional skill in mid-March. ÚĽUV is the Centre for Folk Art Production which strives to preserve old crafts and merge them with modern design.

“If old masters lived to see this moment, they would surely be delighted,” Rabada told the SITA newswire, commenting on the recent development. This process is very demanding, requiring numerous proofs of traditional values and the legitimacy of the social, historical and cultural importance of the due element to be inscribed. A huge credit goes to the ÚĽUV Museum in Bratislava. 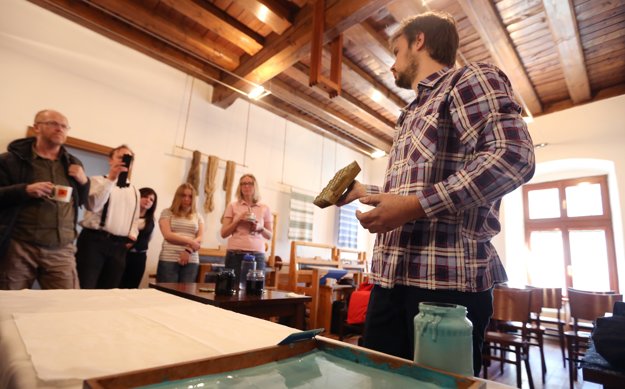 “We gradually managed to collect more than 2,400 items connected with blueprint – like print moulds, folklore designs, decorative items, samplers, etc.,” head of the ÚĽUV Museum Libuša Jaďuďová said. “Apart from this, we collected around 100 pieces of clothes and accessories of blueprint. Being inscribed on the list is demanding also from an organisational point of view. Now we are in the position of someone on a waiting list, which is the first necessary step. We will apply for the inscription itself within the proven diplomatic process, together with the Czech Republic, Germany and Austria, next year,” she added.

The technology of blueprint came to the Slovak territory form the Netherlands and Germany in the 18 th century. First, it got naturalised in the burgher environment, and in the course of the 19th century it made it also into folk clothing and expanded regionally and locally in manifold forms. Apart from blue-and-white blueprint (which gave the technology its name), it was also made with yellow, green, light blue or orange dyes. By around the mid-20th century, more than 30 blueprint workshops were active in Slovakia, whose production went primarily to rural areas where people wore folk costumes. After communism arrived and the social environment changed, this traditional craft almost became extinct. However, thanks to ÚĽUV and its efforts to revive traditional folk crafts, it has survived until today.

Rabada, who comes from the town of Dolný Kubín in the Orava region, was fascinated by blueprint when studying textile design at secondary school and later at college. “I had no ancestors in my family who would deal with blueprint,” he explains. “For me, it was rather a challenge, as this technique is very unique and very demanding.” He has been working with blueprint since 2012. Last year, he established a big workshop in Párnica, near Dolný Kubín, and beginning in 2016, he produces blueprint items as a self-employed creator. 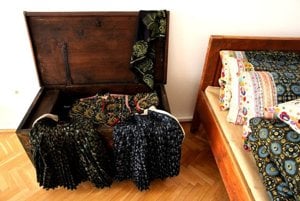 “To procure recipes for dye was just one-tenth of the success – it was much more demanding to find sources for raw materials and moulds and to master the technique itself on a bigger scale.” This work is so difficult, he told SITA, that it cannot be done as a mere hobby. One dying tank can hold 10 metres of cloth, and just the printing itself lasts for about eight hours. “Apart from using also modern methods, like screen-print, the manual character of this work has not changed,” Rabada said about modern production. In one month, he produces about 160 metres of cloth 140 centimetres wide. He has plenty of clients, both ÚĽUV shops and galleries, and private persons.