Polish LOT airlines introduced a new line between Košice and Warsaw on March 30, with flights departing six times a week to and from Košice. 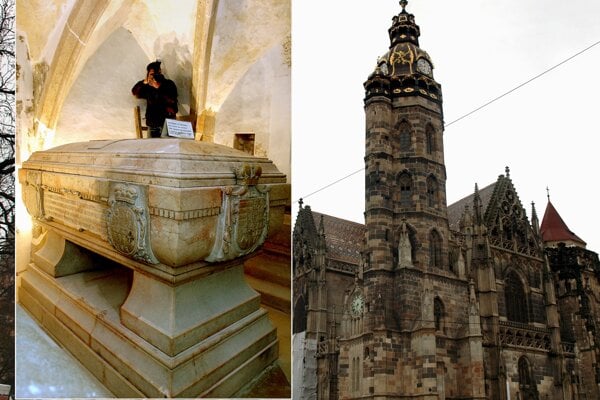 “It’s the first time ever that Košice will be connected with any Polish city,” said Košice mayor and MP Richard Raši, as quoted by the TASR newswire.

The flight from the eastern-Slovak metropolis departs at 5:35, so businessmen will be able to attend meetings in Warsaw already in the morning hours. The return flight departs at 22:35, so they can be back on the same day.

This connection may also facilitate more Polish tourists coming to visit eastern Slovakia, Raši opined. Slovaks will be able to travel to more than 60 destinations in the world from Warsaw airport. “This line opens Košice up for many more destinations not only in Europe but around the world,” Iveta Niňajova from Košice Tourism told TASR. “Local citizens can visit Asia or the Americas.” She believes that the new route will improve tourism not only in Košice but also in the High Tatras which are only 125 kilometres away.

“By opening the new line, we want to offer passengers from eastern Slovakia and adjacent areas the best alternative for trips to many destinations around the world,” LOT spokesman Adrian Kubicki told the SITA newswire. “Until now, changing for other planes at crowded European hubs was very tiresome.” He expects that by opening the Warsaw-Košice connection, the flow of travellers between Poland and eastern Slovakia will intensify both in business and in tourism.

This connection through LOT represents, according to Košice Airport CEO Michael Tmej, an important contribution to the development of aviation accessibility of eastern Slovakia. He said that this line connects the city not just with Warsaw but also with many other destinations available to Warsaw passengers. “We can serve as the entrance gate to eastern Slovakia for Polish and other visitors heading to Košice, High or Low Tatras,” Tmej summed up for SITA.