In his first day in office, new Health Minister Tomáš Drucker (a Smer nominee) cancelled a contract worth almost €18 million. 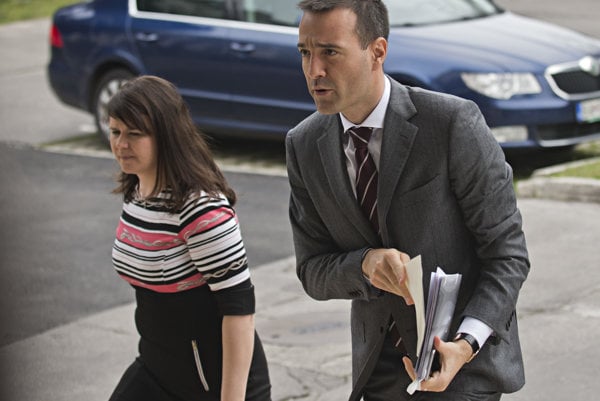 The contract with the Plaut Slovensko company was signed by the National Centre of Health-care Information (NCZI) just shortly before the former minister Viliam Čislák left his office – on March 21, the Sme daily wrote on March 31.

It was meant to deliver an information system for administering and issuing chip cards to all health-care clients, and it belongs among the most expensive items within the introduction of electronic cards. Supreme Audit Office (NKÚ) officials calculated that if the Health Ministry decided to procure them, it would have to pay €55 million. NCZI signed the contract despite the chance that chip cards might ultimately not be purchased.

“The national centre on March 29 signed the cancellation of the due contract, and it sent this to the other contractual side,” ministry spokeswoman Zuzana Čižmáriková told Sme.

However, it remains questionable what will happen with the money, even after the purchase was annulled. The contract stipulates that if it is cancelled, the ministerial agency – NZI – has to pay a contractual fine to the company. The fine shall amount to €17.8 million (the full price of the order); but the ministry will not pay it voluntarily. The Supreme Court has in the past pronounced several contracts invalid.

Experts, e.g. from Aliancia Fair Play watchdog or slovensko.digital initiative, have questioned the reasonability of the purchase of e-cards. This criticism was also confirmed by the Finance Ministry which gave the impetus to the Health Ministry to scrap the contract for buying blank forms for chip cards of all Slovaks who are insured. As the order is to be paid from EU funds, which are administered by the Finance Ministry, it has the final say in using them.