Non-partisan MP Miroslav Beblavý published on March 30 a list of 93 persons who have failed in managing public funds. 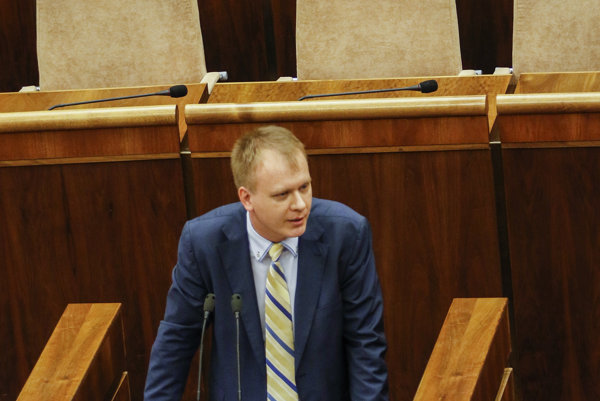 In interpellations, he will now call on ministers to recall the people from his blacklist and to not appoint them to any managerial post.

Beblavý, who was vice-chair of the rightist Sieť (Network) party but left in protest after the party chairman Radoslav Procházka entered a coalition with Smer, Most-Híd and Slovak National Party (SNS), registers the highest number of failures in health care, namely 34, including the management and control bodies of state-owned health insurer VšZP (and its head Miroslav Vaďura) and the Health-care Surveillance Office (ÚDZS).

Also the entire management of the Slovak Police Corps has been included on the list because despite earning top salaries, they failed to solve a single major case, Beblavý argues.

The list also features officials responsible for allocating the European Union funds in informatisation, education and transport. It contains specific names, institutions where the individual persons in question operate, and the case or the reason why the work is deemed a failure, the Sme daily wrote on March 31.

“These people are receiving considerable remuneration for their positions,” Beblavý said, as quoted by the TASR newswire, “and so they should bear responsibility for managing these institutions. Have you ever heard any of them speaking up? NO; but each and every one of them gets money for checking, managing and being responsible. It is not a fundamental human right to be a manager; and if someone has been failing for four years, there is no reason to think that he would now not do it anymore.” Beblavý summed up that the government prefers personal and corporate interests to the public interest.