The reason for the project is to increase the share of railway transport on the market. 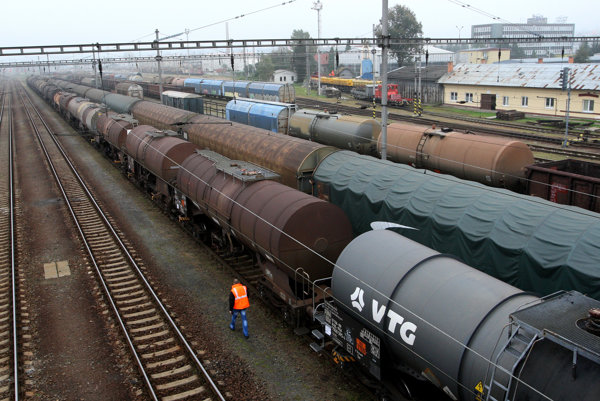 THE NITRA-North industrial park, where the Jaguar Land Rover carmaker will operate, will get a new terminal for intermodal transport, sometime in early 2018.

The terminal is to be used by all companies which operate, or will operate, in the Nitra industrial park. The project includes six rails, building a fortified surface for storage of goods, and building a new connecting rail from the Lužianky railway station.

The tender was announced by the railway operator ŽSR in late 2015; the price of the order is expected to amount to €48 million, ŽSR spokeswoman Martina Pavliková informed the TASR newswire. ŽSR will finance the construction from its own resources.

The reason for the project is to increase the share of railway transport on the market, as an environmentally acceptable form of transport. Apart from using the free, unused capacity of the ŽSR rail network, the new terminal should also help ease the road network and help manage current and expected future transports.

In total 80 percent of the transport for the Jaguar Land Rover carmaker – which will launch production in Nitra in 2018 – will be carried via railway transport.

The region in and around Leopoldov (Trnava Region) is one of the four prospective geographic areas in Slovakia for securing the servicing of a catchment area with intermodal transport. The new railway terminal in the Nitra industrial park will be operated as a public one. Currently, more than 20 firms operate in the Nitra-North park, and with the arrival of Jaguar, more sub-contractors are expected to arrive.