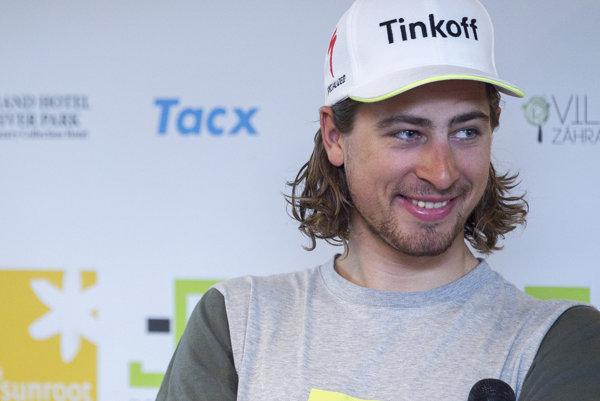 The current world champion triumphed on the 255-kilometre leg from Bruges to Oudenaarde in an impressive manner ahead of Swiss veteran Fabian Cancellara on April 3.

“It was a super hard race from the start to the finish,” Sagan told Eurosport. “I experienced minor problems after some 100 kilometres. There were many falls, and I had to replace both wheels... I want to devote this victory to two cyclists, Antoine Demoitie and Daan Myngheer, who both died last week.”

Sagan made the breakthrough on his triumph in Belgium some 15 kilometres before the finish on a tough cobbled ascent up to the Paterberg hill where he managed to get past Sep Vanmarcke (Belgium). Sagan eventually kept his huge lead in the final flat section quite comfortably, ahead of the attacking Cancellara, the TASR newswire wrote.

Back in 2012, Sagan described the atmosphere of this race as “huge crowds of people, maybe like at a full NHL stadium, or a cheering football stadium”, the Sme daily wrote. He added back then that he like to win there once in future, and this weekend his dream came true.

The Tour of Flanders is part of the European classics series called the Monument, which also includes Paris-Roubaix, Milan-San Remo, Liege-Bastogne-Liege and Giro di Lombardia. Sagan is also considered one of the favourites for the Paris-Roubaix on April 10.