A SLOVAK artist with an international impact, Anton Cepka, has the biggest exhibition held so far in the national gallery, to celebrate his 80th birthday. 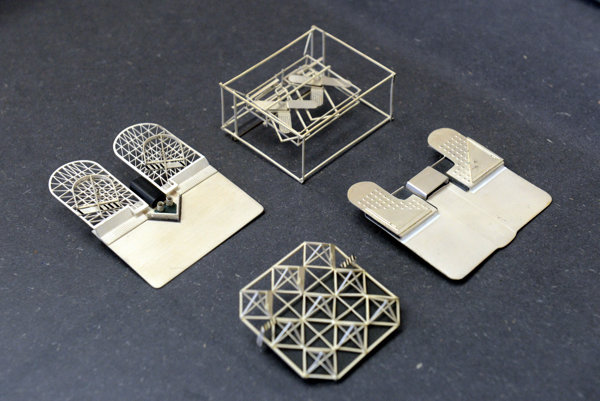 The exhibition in the Slovak National Gallery (SNG) called Kinetic Jewellery is specific, but its core was already shown last year in the New Collection / Neue Sammlung Design Museum in Munich.

“We have known Cepka in Bavaria already since 1964, when he, as a young artist, received the Bavarian Land Prize,” Petra Hölscher of the Munich museum, who is co-curator, said at a press presentation, adding that he was, together with Hermann Jünger, a pioneer of this art, for his method of “cooking silver” and for the kinetic aspect he introduced to jewels. Cepka was the more technologically-oriented of the two top jewellers and Jünger was more art-oriented.

Hölscher also pointed out that her museum has been organising annual monographic exhibitions devoted each year to a different outstanding personality of authorial jewellery. As this art genre developed only after World War II and Cepka became renowned as early as in the 1960s, this stressed his talent and international importance that defied even the Iron Curtain.

Another co-curator of the exhibition, Slovak Viera Kleinová of the SNG, stressed Cepka’s importance as the initiating personality of Czechoslovak authorial jewellery and also as the founder of the jewellers’ department at the Academy of Fine Arts in Bratislava. 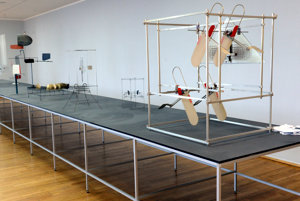 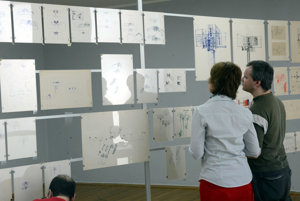 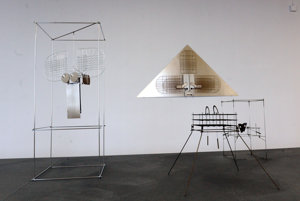 Both curators agreed that his jubilee – he turns 80 in 2016 – was one of the reasons behind the current exhibition. But Kleinová added that it was also a fine opportunity to present, in addition to his jewellery, also his kinetic objects, with most of the outdoor ones either not existing any longer, or falling prey to gradual decay, being as fragile as they are; but also becoming victims of period taste and modernisation. Some of his objects can be seen only in photos now, which form part of the exhibition.

Hölscher, when explaining fine jewellery on the third floor of the Esterházy Palace of SNG (in Ľ. Štúra Square) also alluded to the snags of not just Cepka’s special technique – called by his colleague “cooking silver” – but also the difficulties of restoring or cleaning them, as they can lose part of their decorations and colour in the process.

The exhibition of this Slovak jewellery artist and sculptor, who has received several awards (e.g. at the international exhibition in Czech Jablonec nad Nisou or from the Slovak Fund of Visual Arts) can be seen in the SNG’s Bratislava premises for free until June 5. There is a bilingual catalogue accompanying the show as well as a leaflet in English that can be obtained at the ticket office. More detailed information can also be found at www.sng.sk.