After Most-Híd joined the coalition with Smer, its chair does not want to pursue the change to citizenship rules. 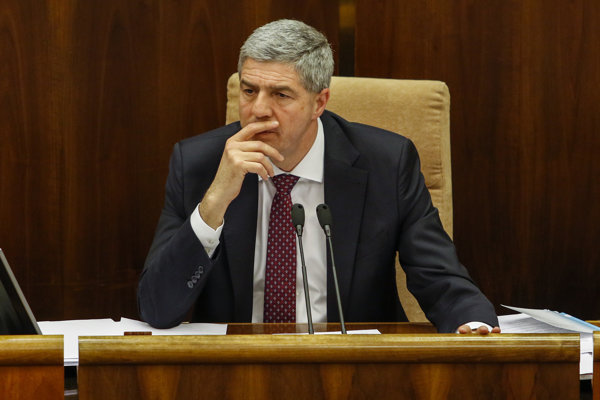 One of the top topics of the Most-Híd party in the past few years was the change to the State Citizenship Act, based on which Slovaks lose their citizenship if they become citizens of another country. The law was adopted in 2010, in response to the Hungarian double-citizenship act. At the time, Most-Híd MPs even challenged the rules at the Constitutional Court.

Moreover, deputies have been calling for an amendment, but the proposal to stop stripping Slovaks of their citizenship has not been passed.

The party, however, is not more restrained to the topic. It is even possible that its MPs will not support the amendment submitted by MPs for Freedom and Solidarity (SaS) Ondrej Dostál, Martin Poliačik and Peter Osuský, which is similar to their own 2014 proposal, the Denník N daily reported.

Dostál has already sent an open letter to Most-Híd chair Béla Bugár, calling on him to support the amendment to the State Citizenship Act. He reminds him of the fact that the party’s current coalition partners Smer and the Slovak National Party (SNS) were the ones that adopted the 2010 change.

“Both parties claim they have changed and that anti-Hungarian nationalism, which was present in their politics and which was the real reason for the change to the State Citizenship Act in 2010, is now part of the past,” Dostál wrote, as quoted by Denník N. “Thus I call on Most-Híd to use its influence within the ruling coalition.”

Most-Híd, however, was critical about the letter. Its MP Gábor Gál said that Dostál tried to use the law to cast a bad light on Most-Híd. Party spokesperson Matej Kováč meanwhile told Denník N that the ruling coalition has not reached any agreement in state citizenship rules yet.

Gál added that the change does not have a chance to be passed, even if the whole SaS and Most-Híd parties supported it. Both Smer and SNS have already claimed they do not want to change the law, as reported by Denník N.

Among the conditions the applicants have to meet is that they need to submit their request in writing to the district authority in the regional capital, at Slovak diplomatic representation abroad or at the Slovak consular office. The applicants need to have residency registered at the foreigner police, i.e. they need to have permission for foreigners to stay in the territory of Slovakia, TASR wrote.