The ceremony to commemorate the liberation of the Slovak capital was attended by politicians, but also diplomats. 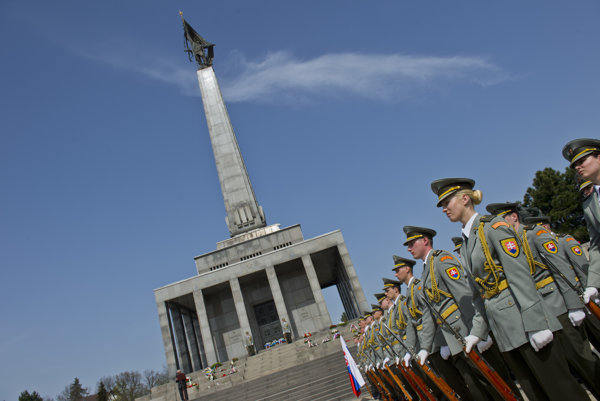 “Irrespective of whether I’m part of the executive or legislature, I’ll keep supporting this pillar,” Fico said, as quoted by the TASR newswire. “You’ll always find me at these events honouring the memory of those who came here but weren’t able to leave.”

“I reaffirm that we’ll show great interest in preserving all memorials attesting to these events,” the PM continued. “You’ll find us everywhere.” 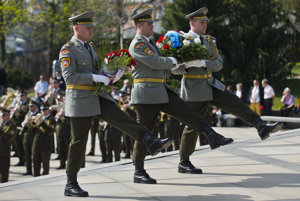 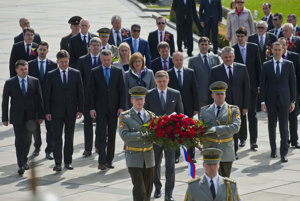 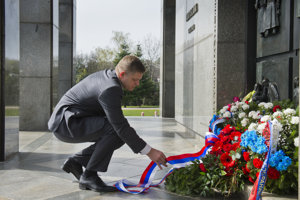 He also stressed he has great respect for all those who were killed in WWII.

Bratislava Mayor Ivo Nesrovnal said in his speech that the tragedies of WWII should serve as a warning on how dangerous it is to ignore racism, xenophobia and intolerance.

“It’s important to recall this especially now, at times of growing support for those who introduce hate, animosity and rudeness to our society,” said Nesrovnal, as quoted by TASR.

He also said that people in Bratislava will care for the graves of foreign fallen soldiers as if they were their own.

“Nevertheless, we also remember a different period of lack of freedom – the communist one,” Nesrovnal added, as quoted by TASR. His criticism of communism was booed by some of the attendees, however.

Krno apologised in his speech for having “figures in brown shirts in Bratislava again”, who “even need to conquer it by force”.

“Society itself has opened the door for them,” said Krno, as quoted by TASR, referring to the presence of 14 MPs from the far-right People’s Party – Our Slovakia of Marian Kotleba in parliament following the March general election.