Teachers returned to the streets

Three protests to support the demands of teachers took place on April 5. 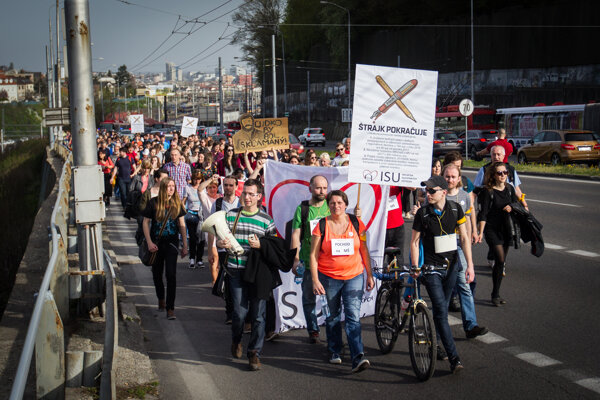 About 300 teachers gathered in front of the Education Ministry in Bratislava, where they handed in three banners with their demands to the minister. The protest march was also to express that they are still in strike alert.

Teachers and their supporters also met in Košice and Ružomberok, the Sme daily reported. 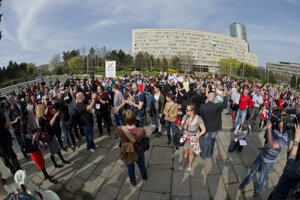 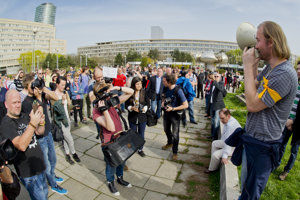 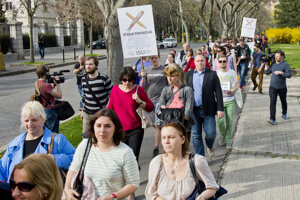 The Slovak Chamber of Teachers and the Initiative of Slovak Teachers insist that the government should increase the tariff salaries in the education system and also the budget of the Education and Interior Ministries in order to have enough funds to equip schools. They also want the ministry to change the system of credits, thanks to which they can increase their qualifications and also salaries.

Education Minister Peter Plavčan meanwhile said that the teachers’ salaries should increase regularly throughout the entire term of the current government. He, however, did not specify the exact figures for the planned hikes.

“We discussed the salary increases for teachers as well, and I can say that we’re poised, for the first time in history, to introduce regular hikes throughout the entire electoral term,” said Plavčan after talks lasting almost two hours, as quoted by the TASR newswire.

Specific sums still need to be discussed at coalition meetings, but the minister said that he harbours significant optimism.