Šafárikovo Square should be greener

The Old Town borough introduced plans to reconstruct the square and nearby embankment, but not everybody approves. 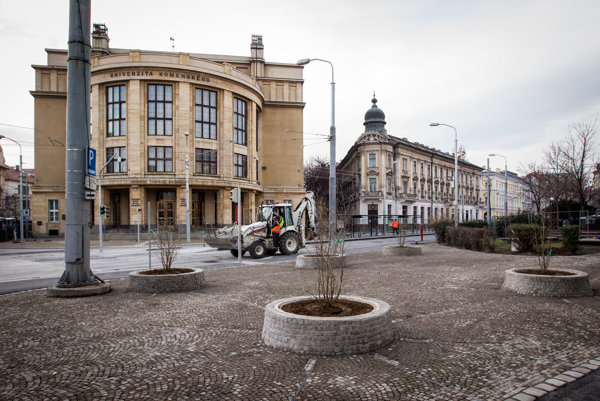 Bratislava’s Old Town borough has introduced the future shape of Šafárikovo Square and Fajnorovo Nábrežie embankment, which were demolished during the construction of the new Old Bridge. The spaces should transform into multi-functional spaces with more green vegetation which should host various cultural and musical events in the future, the TASR newswire wrote.

The Old Town picked two designs submitted to the competition announced in January 2016, one for Šafárikovo Square and one for Fajnorovo Nábrežie. Its representatives will sign the agreement with winners in upcoming weeks, the SITA newswire reported. 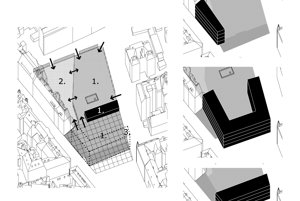 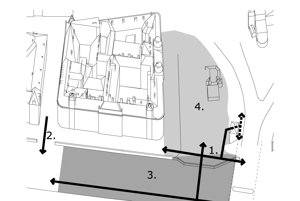 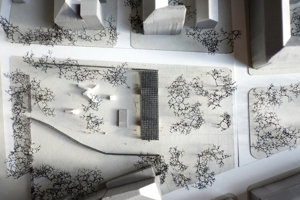 The architects now have to prepare project documentation. The borough may obtain a building permit in August or September, and then launch a competition for building works. After its completion, the reconstruction of the square may begin in spring 2017, said Ľubomír Boháč, deputy mayor of the Old Town borough, as reported by SITA.

The competition over the new design of Fajnorovo Nábrežie was won by a team of architects from Boris Hrbáň a f&b cc, which includes French architects Hans-Michael Földeak, Malia Bennaceur and Juliette Guichard. 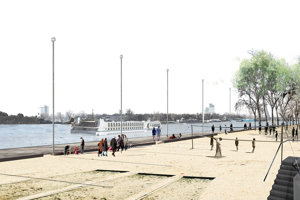 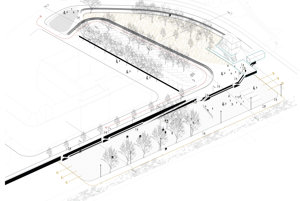 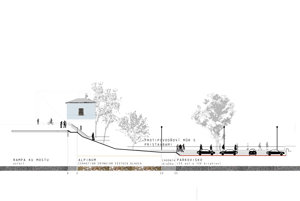 The works will, however, last longer as the space is currently owned by state-run company Verejné Prístavy. The Old Town has already launched negotiations over its rental, Boháč added.

Not everybody, however, was satisfied with the results of the competition. Miriam Špániková, head of the Camera Obskura non-governmental organisation, considers them a step backwards.

“They return us to the era when there was a plan to build a bank or Labour Inspectorate at the place of the former Landerer Palace,” Špániková wrote in a statement, as quoted by the TASR newswire, adding that Landerer Palace has even disappeared from the master plan.

The winning design also does not contain the project of Camera Obskura containing a gallery and a museum, which on the other hand is part of the master plan. The organisation will continue in pursuing its plans, Špániková added.