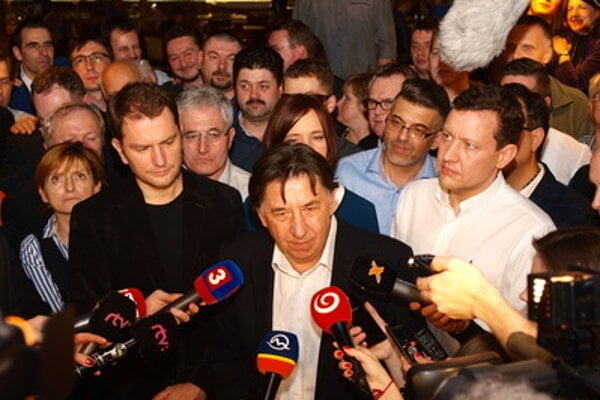 Budaj already filed in parliament the draft bill of a constitutional law abolishing some decisions on amnesties. This concerns amnesties granted by Mečiar who acted temporarily as the Slovak president in 1998.

The OĽaNO MP stresses, as quoted by the SITA newswire, that an integral part and a condition of a legally consistent state is behaviour and decision-making of constitutional officials that is based on natural justice and decency, and does not evoke suspicions of abuse of public powers and the legal framework.

However, amnesties of ex-PM Mečiar evoked such suspicions, according to Budaj, in that they prevent a consequent investigation and a just and rightful conclusion of crimes connected with the abduction of a Slovak citizen abroad.

He also reminds that amnesties were granted in context with deeds which until these days evoke suspicions that state bodies were involved in criminal actions. The amnesty concerning the ruling of former interior minister Gustáv Krajči to block a referendum on May 23 and 24, 1997 was a grave encroachment of the rule of law, too, according to Budaj. He opines, as quoted by SITA,  that these amnesties prevent the continued investigation of the abduction of Michal Kováč Jr. and also the murder of Róbert Remiáš.