Slovak astronomers of the Comenius University continue to place their original devices around the globe. 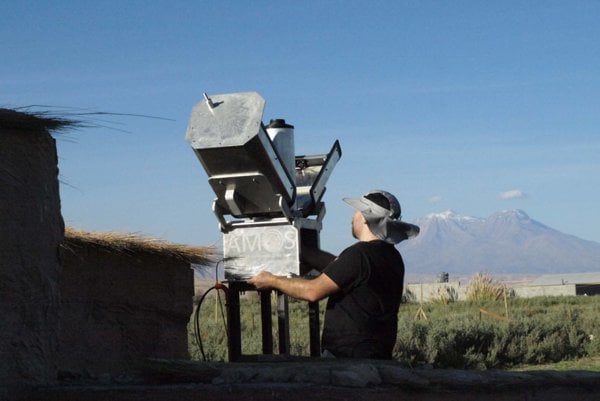 The AMOS (All-sky Meteor Orbit System) system, observing the whole sky and determining the orbits of meteors, has been placed in another destination, the Atacama Desert in Chile – one of the driest points on the Earth.

Since March 20, two AMOS cameras, installed by Pavol Zigo and Jaroslav Šimon in the Space Obs observatory in San Pedro and the Paniri Caur in Chiu-chiu, watch the southern skies.

AMOS provides scientific information on meteorids, small bodies of the solar system, during their flight across the Earth’s atmosphere and indirectly also on their mother bodies – comets and asteroids that orbit close to the Earth.

“By placing the device in observatories located at 2,400-2,500 metres above sea level, with dark sky and excellent observing conditions, AMOS achieves high effectiveness,” Juraj Tóth, astronomer of the Faculty of Mathematics, Physics and Informatics of the Comenius University (UK) informed. “The data will help improve the model of meteoroid populations around the Earth,” he continued, adding that these models serve for protection of satellites, space probes and the International Space Station in the orbit around the Earth.

The Chilean observation stations, together with others in Slovakia and the Canary Islands, provide observation of the northern as well as part of the southern skies, 18 hours a day.

The latest generation of AMOS was invented, developed, constructed, tested and installed within the grant project APVV-0517-12 by astronomers and engineers (Tóth, Kalmančok, Zigo, Kornoš, Világi, Šimon) of the Faculty of Mathematics, Physics and Informatics, Comenius University in Bratislava.