Joel Maina Mwangi of Kenya and Zita Kácser from Hungary defended their last year’s victory at the 69th year of the National Run Devín – Bratislava on April 10. 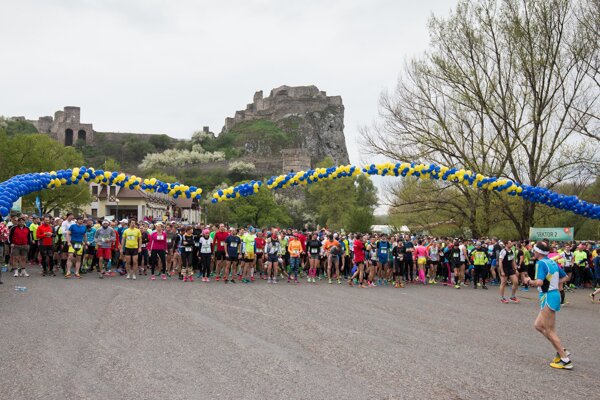 Mwangi made the track of 11,625 metres in 34:11 minutes, while the Kácser, the fastest woman, needed 40:24 minues. Second place went to Hungarian László Gregor (30 seconds slower) and third was Slovak Alexander Jablokov (+3:01 min).

“I am happy to have defended my title,” Mwangi said in the finishing zone, as quoted by the TASR newswire. He added that this time the running was good, everything was OK and he liked the stay in Bratislava. He also praised the weather, as it was a bit cooler, but not too much. Mwangi hopes to return also next year.

Kácser improved her last year’s time by 28 seconds. “I am very happy and very tired,” she said. “The race was slightly easier than last year but on the other hand, the wind was hindering me. However, I won and I am enjoying it.”

Second among women was Slovak long-distance runner Zuzana Durcová of Spartak Myjava (behind by 34 seconds), while Katarína Pokorná (+2:24 min, also Slovak, from Slávia STU Bratislava) placed third. “I ran Devín – Bratislava for the first time,” Durcová said. “It is wonderful, I still am not fully aware of it, but it is a super feeling. It was demanding because of the wind which kept turning. But I train in Košice where there is constant wind, so I am used to it,” summed up Durcová who won – as the best Slovak female runner – a mobile phone.

At the 69th year of the National Run Devín – Bratislava, 6,247 runners competed on the 11,625 km track; while 654 ran the so-called “Small Devín” – a 2.6 kilometre long track, meant for juniors. In total, the number of participants rose to a new record, 6,901 runners, the SITA newswire wrote. It is the oldest Slovak athletic event. 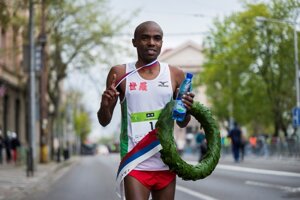 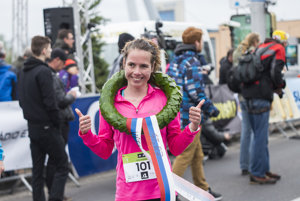 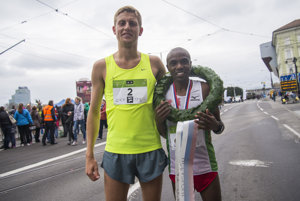