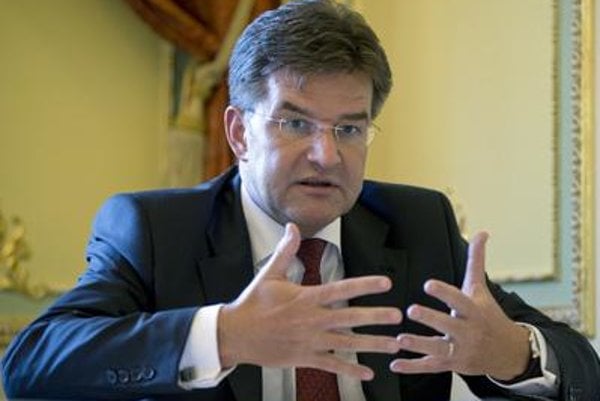 Foreign and European Affairs MInister Lajčák, a Smer nominee, stated on April 10 that efforts to resolve the migration crisis are moving to a brand new stage. He visited Greece and Turkey along with his Dutch counterpart Bert Koenders, who was representing the EU’s presiding country, as well as the foreign affairs ministers of France, Italy, Malta and Portugal.

“We had a chance to assess the situation jointly on the spot three weeks after the adoption of key European decisions linked to tackling the migration crisis,” Lajčák told the TASR newswire.

During their stay in Athens, the ministers held talks with Greek officials and visited a migrant reception centre in Eleonas, a suburb of the Greek capital. According to the ministers, protection of the EU’s external borders has already been improved, stricter controls relating to people entering the EU have been introduced and conditions have started to be created that will allow for a normal asylum process and the legal arrival of refugees who need protection.

“The goal of the visit to Greece was to show solidarity on the migration crisis, particularly in covering humanitarian needs stemming from the arrival and presence of thousands of migrants, and in strengthening capacities for conducting asylum procedures and a return policy,” the minister further said. He also said that Greece has managed to build a comprehensive system of migrant registration and reception centres in a short time. “Our role as European partners is to help them to work fully and in a sustainable manner,” Lajčák stated.

The Slovak Presidency of the Council of the EU, which will follow the current Dutch one in the second half of this year, will continue the work that has already been started in this field. “This is a Europe wide issue, and it will also be on our presidential desk. It will be one of the main issues and priorities,” he stressed.

On April 8 and 9, the ministers met with Greek President Prokopis Pavlopoulos, Prime Minister Alexis Tsipras, members of the Greek government and officials who cooperate on handling the migration crisis in the country, as well as with representatives of international and non-governmental organisations that are helping out in Greece, the SITA newswire wrote.

Following his visit to Athens, Lajčák took part in talks with Turkish Foreign Affairs Minister Mevlut Cavusoglu and Minister for European Affairs Volkan Bozkir in Instanbul. The three discussed meeting the EU-Turkey agreement on returning and relocating migrants, as well as issues concerning Turkey’s EU accession process. Following the talks, Lajčák said that Slovakia views Turkey as a key partner in resolving the migration crisis and that it is pushing for the strategic political dialogue with Ankara to be strengthened.