How to turn anger into energy that will save us

In four years’ time, if this government makes it through the whole term, people must feel that they live better, not based on rankings, but based on their satisfaction with work and reward. 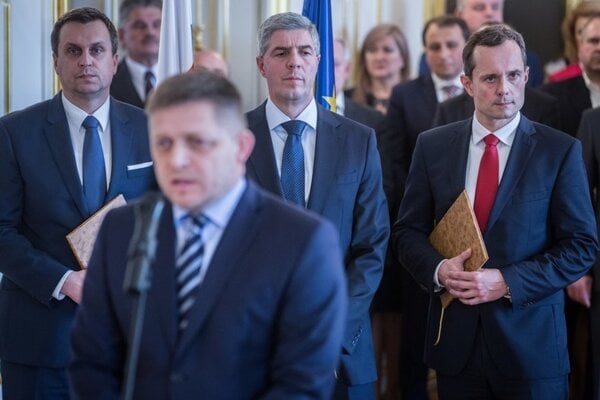 It’s not proper to talk about it, it’s not nice to hear about it, and it’s even worse to see it. We have never considered poverty to be a source of virtue and it has never been the aim of anyone’s life, with the exception of some religious orders. So we started telling ourselves that poverty actually does not exist, that there are only people who are not capable of taking care of themselves, who mostly just drink booze and live in rural incest, who are not interested in society but rather in their cable TV. That’s what they can pay for, satellite plates on every house, but if they should go to work - no way.

It’s the lowest group, people that we wrote off, whom we send a couple dozen of euros monthly. We want them to at best leave us alone, or at worst to stop feeling sorry for themselves and behave like adults because we, kids from good families and with capital, have surely had the same chances as they had, coming from decimated homes, with no chance to escape from the fate of failure.

If one person feels useless, they make a good literary character. When hundreds of thousands fall into feeling useless, fiction is over and revolt begins. We have seen its distant contours a month ago. And now, what do we do, how can we prevent it so that in four years they do not hang us all, because the situation in Europe is favourable to these mental walks; the calling for blood resonates, global gorillas from Panama Papers created a legitimate impression that politics is one global conspiracy apartment where citizens are but a side effect of evolution, where the only thing that works are tax returns, provisions, and all those stupid words that make us sick by now, just like when we hear about thieves and oligarchs, so sick that we no longer perceive it, so sick like a hangover you can’t get rid of, so sick that you’d rather die than hear those loathsome words again, like when your migraine wouldn’t pass even with intravenous drips, even with sleep.

And that will be the plan to save Slovakia from the outbreak of the revolt of the poor, the rabble, the uneducated, the families who have been listening since the times of the Austro-Hungarian Empire about how the situation is improving, how the horse-tram and hyperloop are coming.

But that won’t be enough. Capitalism, along with democracy, has one key function in society. And that is not guaranteeing the annual income of a health insurer amounting to a slave trader from the golden age of colonialism. The rate of redistributed wealth must always be higher than the social injustice that it produces, which is no problem in advanced countries, because no system is capable of producing prosperity the way that capitalism is. If it doesn’t work, people stop believing in their own abilities and transfer their anger onto the whole of society.

What is it that we want?

Why is it not enough to build roads and save all that we have neglected - excluding live discussions and interest for politics from schools, not party politics but politics as a social issue; not supporting interest in media among university students, perhaps by contributing to subscriptions the way it is in some western-European countries; and resigning to not building prosperity.

We complain that people are indifferent and uneducated, that they have abandoned or despise politicians, but that is natural. In our Christic understanding of politics and our mystic pinning of hopes on concrete persons, we got rid of faith in society. We do not believe in our own power, the ability to differentiate and live so that politics is not a trauma but a compromise for all, so that nobody feels excommunicated and betrayed.

The way to achieving that is to build prosperity even at the price of increased fogyism. People must believe that Slovakia is their country, for them, and that the power comes from us. If ruling parties do not wake up and fail to offer a clear programme for the road to prosperity and restoration of faith in society, they will consolidate their idea of standard parties in vain.

In four years, if this government makes it through the whole term, people must feel that they live better, not based on rankings, but based on their satisfaction with work and reward, content with the way Slovakia changes.

We can see it coming in the worst possible time, when the classic political system is falling apart, when new technologies form society more than parties, when Europe, our totem of stability, is on the edge of big quakes and the browns have risen from their graves. Those are even more reasons to work now, for it is the last chance so to speak, to save our honour, so that we can tell ourselves that we have done all we could, that we have heard the anger and turned it into ecologic energy, thanks to which we have saved Slovakia from ourselves.

Michal Havran is a theologian, editor-in-chief of jetotak.sk. This opinion piece was first published in the Sme daily on April 7.