The automotive industry accounted for more than one half of the growth. 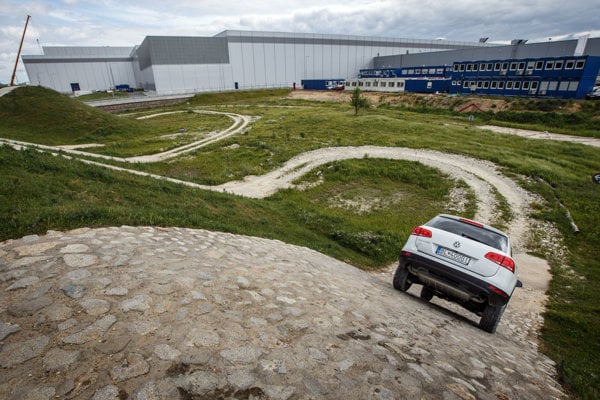 The plant of the Volkswagen carmaker in Bratislava. (Source: Sme)
Font size:A-|A+

After a slow start to the year industrial production significantly accelerated in February. It grew 7.4 percent year on year compared with mediocre growth of 1.6 percent in January, the Slovak Statistics Office announced on April 11. February’s figure significantly surpassed market expectations which were oscillating around 4 percent, Boris Fojtík, analyst with Tatra Banka wrote in his memo.

The industrial sector reported significant month-to-month growth also after excluding seasonal influences, of 2.4 percent. Fojtík sees also the leap year of 2016 behind this sound result. This year February had 29 days and thus one more working day.

The growth of industrial production in February was propelled by automotive production when carmakers and their suppliers in Slovakia manufactured 13.9 percent more than one year ago. This sector contributed by more than one half to the total growth.

Analysts of the National Bank of Slovakia indicate that it is probably the launch of the production of the new Audi Q7 which likely shields Slovakia from the impacts of the diesel gate for now, as cited by the TASR newswire.

But the biggest growth dynamics were registered in the sector of production not qualified elsewhere, up 16.5 percent. Also other traditionally strong sectors like manufacture of basic metals or machinery registered two-digit growth, of 14.4 percent and 10 percent y/y, respectively. Food producers recorded the worst result when their production shrank by 12.4 percent y/y. Fojtík ascribed this decrease to a strong comparison base from last year.

February’s growth dynamics are in line with development in neighbouring countries, when growth in the Czech Republic and Hungary was around 6 percent, Fojtík noted.

“The acceleration of the industrial production’s growth across several countries is moderately surprising with regards to the development of sentiment among European industry,” wrote Fojtík, expecting that Slovakia’s industrial sector might continue to grow by 5 percent on average.