Altogether 34 children will visit seven schools, four of them situated in Nitra. 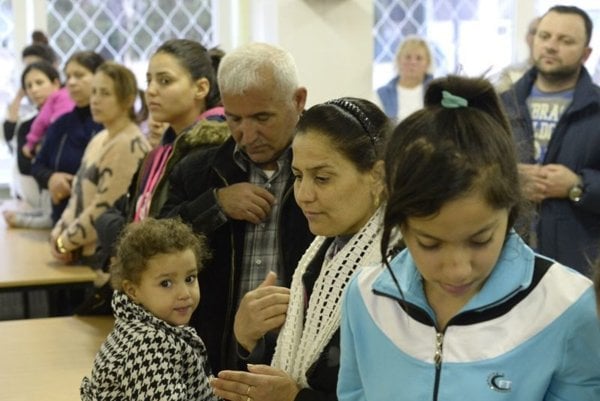 The children of Assyrian Christians from Iraq, who arrived in Slovakia in December 2015, started visiting primary schools in Nitra and surrounding municipalities.

Three schools are state-run and four are religious. Of the latter group, three schools are run by the Nitra Bishopric and one by the Piarist Order, the TASR newswire reported.

“We agreed at the meeting with the Education Ministry’s representatives that children will be placed in classrooms based on their age,” said spokesperson for the Nitra Bishopric Miroslav Lyko, as quoted by TASR. “The only exception is eighth grade where also 16-year-olds are.”

Iraqi pupils visit the lessons together with other children. The only exception is that they will have extra Slovak language classes.

“The schools secure the education on their own, they do not have any assistant who would speak both Slovak and Arabic,” Lyko said, as quoted by TASR.

Among the Iraqis are also children who have already completed their compulsory education, but they have not finished secondary school yet.

“The problem of placing children in secondary schools has not been discussed yet; it will probably be discussed in the beginning of the new school year in September,” Lyko said, as quoted by TASR.

He could not say whether these children will have to undergo entrance exams or will start from the first grade at secondary schools. It will probably depend on schools and their founders, Lyko added.

Together 149 Assyrian Christians from Iraq, or 25 families, have found new homes in Nitra Region. They are accommodated in premises provided by the Catholic Church and volunteers, the Sme.sk website wrote.