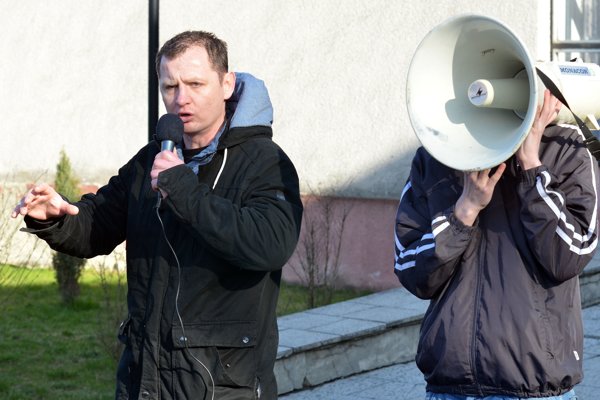 Magát, for example, ran on the slate of the People’s Party – Our Slovakia (ĽSNS) of Marian Kotleba in the March 5 parliamentary elections under the number 88 which in neo-Nazi symbolism means “Heil Hitler”. Yet he claims that it was only an accident. Moreover, Mišún says that the number 88 symbolises the Candle Manifestation, as reported by Aktuality.sk.

In addition, both men shared on the internet a picture of marching prisoners who resemble the victims of concentration camps during the Holocaust before the elections.

“We will sort out drop-outs and political thieves,” the text in the picture read, as quoted by Aktuality.sk. “We will send them to labour camps!”

The police now investigate whether Magát and Mišún did not commit the crime of supporting and promoting groups suppressing fundamental rights and freedoms. Since the investigation is still underway, spokesperson for Bratislava police Michal Szeiff did not want to provide further details.

“It is up to investigators how they will evaluate it,” expert in extremism from the Interior Ministry Daniel Milo told Aktuality.sk, referring to the symbolism of numbers on the slate.

However, it cannot be expected that the police will accuse anybody only because of the candidacy number, he added.

Both men had problems with police also in the past and were invited to a hearing. They boast of it on social networks, Aktuality.sk wrote.