World Music – not Just from Slovakia

The platform for promoting Slovak world music has expanded to include also neighbouring and related folklore and ethno performers, and it offers a concert on April 13 in downtown Bratislava. 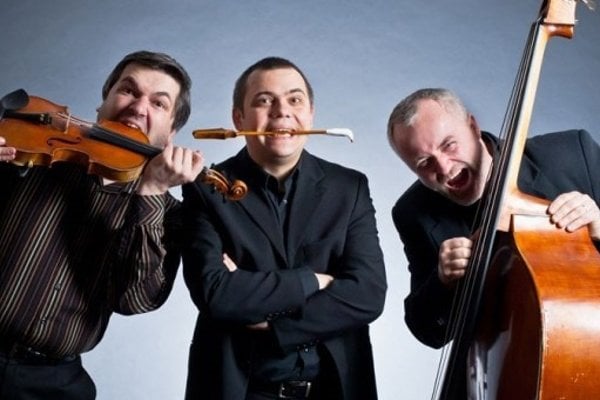 World music has been represented for some time in Slovakia, with groupings and soloists like Banda, Družina, Suí Vesan, Mango Molas, or Jana Kirschner making it into the World Music Charts Europe since 2005. Last year, a more stable and comprising platform was launched, to untie Slovak world music performers and help them address local as well as foreign audiences.

Called World Music from Slovakia, the platform has managed to organise a series of concerts in 2015. This time round, musicians from Hungary (Fonó Zenekar), Bulgaria (The Vocal trio – Evridika) and the Czech Republic – Jana Šuranská, to sing with the Slovak Pacora Trio, have been included. The Slovak performer is the female vocal group Trnki.

“We wanted to focus rather on the vocal traditional music in the closer dramaturgy,” organiser Jarmila Vlčková explained for The Slovak Spectator.

“Last year, we  attended an evening of Hungarian music at the WOMEX fair of world music, and I saw the Fonó Zenekar band and decided to bring them to Slovakia, also due to the Slovak connection: its singer and wind instruments player Gergely Agócs comes from Slovakia, from Fiľakovo,” the organiser explained. “We also added the interesting Bulgarian Evridika trio, as it fitsperfectly into the concept of a typical and fusion vocal music concert.”

Vlčková added that this was true also about the Czech singer, coming from the region of Morava, Jitka Šuranská who got the Czech award Anděl 2013 in Folk&World Music for the album of Moravian songs made in collaboration with Slovak Stano Palúch and his Pacora Trio.

As for the domestic performer, Trnki was an immediate tip for the vocal evening, the organiser said, explaining that apart from an excellent album they released last year, another factor playing to their advantage was the timing: when the group had already been selected the music they perform, the Upper-Hron region (horehronoský) polyphonic singing, was included on the Slovak list of intangible cultural heritage, aspiring to be included on the UNESCO World List of Intangible Cultural Heritage. Trnki were glad to come, as they sing a lot but mostly in their home region and the adjacent areas.

The concert combining all these performers will take place on April 13, at 19:00 in the Ateliér Babylon venue on SNP Square 14 (entrance from Kolárska 3).

“We continue to present Slovak musicians whom we would like to introduce not only to Slovak, but also international audiences,” Vlčková said, adding that apart from individual concerts and dance performances, also a meeting for professionals is planned as well as the culmination – the first year of World Music Festival to take place in downtown Bratislava in September.