The police will check the activities of sympathisers of far-right ĽSNS party at train stations. 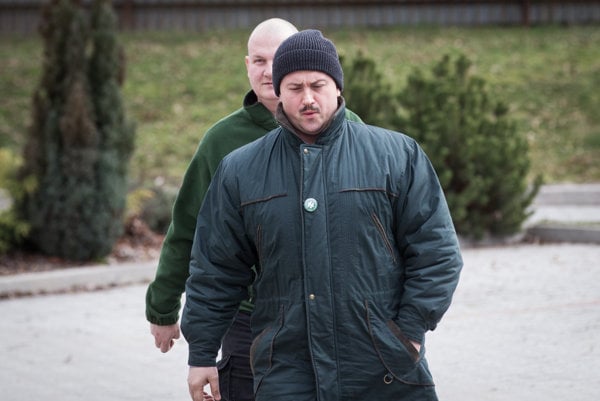 The sympathisers of far-right extremist and Banská Bystrica Region’s Governor Marian Kotleba will patrol at railway stations. The aim, according to them, is to increase the safety of passengers, the Sme daily reported.

The far-right People’s Party – Our Slovakia (ĽSNS) of Kotleba introduced the patrols after April 7 when a girl was robbed on a train from Nové Zámky (Nitra Region) to Zvolen (Banská Bystrica Region). The party claims that the perpetrator was a Roma.

“Such activities are unequivocally racially motivated,” Alena Chudžíková of the Centre for Ethnic and Culture Research (CVEK) told Sme.

She also pointed out that Kotleba and his party deliberately choose cases in which the Roma minority is involved.

Not even passenger carriers agree with such activities, they told Sme.

The daily also pointed out that the crime rate in Slovakia has been dropping and that incidents on trains and at stations are minimal. While in 2012 a total of 896 crimes were committed at train stations, in 2015 the number dropped by 191 cases. The clear-up rate currently amounts to 53 percent, Sme wrote. Politicians should not replace the police, opines Police Corps President Tibor Gašpar.

In addition, Kotleba’s symphatisers are distributing leaflets which the police are currently investigating for the suspicion of dispersing hatred against minorities. The activities on trains are also scrutinised by the General Prosecutor’s Office, its spokesperson Andrea Predajňová confirmed to Sme.