PM supports a stadium for village with 100 people

Prime Minister Robert Fico allocated money for the stadium, though the village would rather welcome an aqueduct. 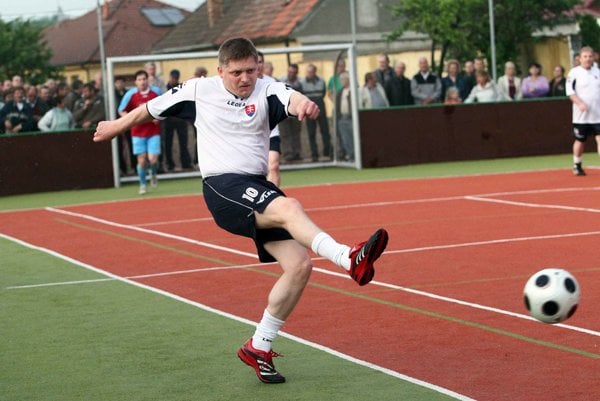 The village of Henclová (Košice Region), which has only about 100 people, including about 10 children, received €40,000 from the PM’s reserve to build a multi-functional stadium. The money is usually used to solve crisis situations, the Sme daily reported.

The village has a local grocery shop and a pub. It does not even have a school, as it was closed years ago due to a lack of children. Pupils now visit the school in Nálepkovo, which is some eight kilometres away.

The mayor of the village, Lýdia Šomšáková, is a Smer nominee. She explained to Sme that during 18 years in her post, the village has applied several projects, with some of which it succeeded. This included the reconstruction of a road, replacement of windows at the local municipal authority or the creation of an educational path.

“I know people would welcome other things, but this was a block grant related to a playground,” Šomšáková told Sme.

The playground may be used also by children from nearby villages, she added.

The ethics watchdog Transparency International Slovensko meanwhile published a map of pre-election subsidies allocated by the Government’s Office. It wrote about Henclová that it is a village “with 100 souls where a child is born once in three years on average and where a village has lost one-fifth of inhabitants in the past 15 years who either left or died”, as reported by Sme.

People addressed by Sme, however, say they would need other things, including a mourning house or an aqueduct.