The government summed up its priorities in 70 pages. 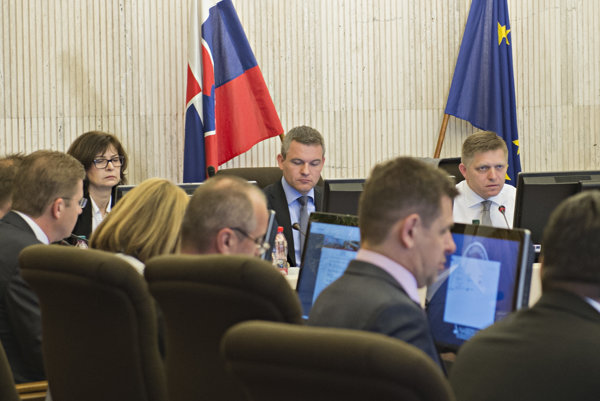 The programme statement of the new four-party government, obtained by the Denník N daily, contains several goals it wants to achieve. Among them is to discard the remaining differences between the right-wing and left-wing parties from the 1990s. The government also promises to adopt a law against shell companies, continue in pro-European and pro-Atlantic politics, complete the highway between Bratislava and Košice, and to reduce the income tax of legal entities to 21 percent.

As for the two most problematic sectors, whose employees organised several strikes in the end of the previous government’s tenure, education and health care, the manifesto proposes to increase the budget for education to €2 billion in the following tenure and to introduce the e-Health and DRG systems.

The document also binds the government to prolong the compulsory publication of agreements on the internet from five to 10 years from the time they become valid, or prepare the draft constitutional law to deal with the Constitutional Court’s creation, Denník N wrote.

The government’s manifesto is, according to the published text, based on “social and political stability, social dialogue, structural reforms and systemic changes in relevant fields”.

The document also promises the stable development of Slovak society with flexible responses to opportunities and threats from the outside, to secure “economic, social and environmental development of Slovakia; to deepen social cohesion; to reduce regional differences; to strengthen the active role of the state and the fight against corruption with increasing quality of the public sector’s services provided to citizens”, as reported by Denník N.

The programme statement is divided into five main parts: to strengthen political and social stability; to flexibly respond to opportunities and threats of the external environment; to continue in supporting economic, social and environmental development; to deepen economic, social and territorial cohesion of Slovakia; and to strengthen the role of the state and the protection of public interests.

The government accepted the manifesto at its April 13 session. It will subsequently submit it to the parliament which needs to accept it to give confidence to the new government.