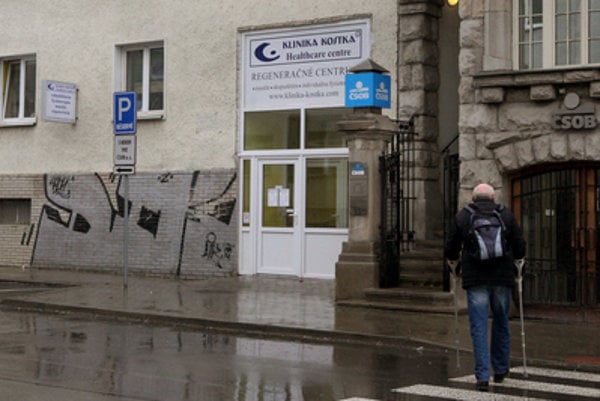 The state insurer adopted some measures after internal audits but ÚDZS does not like them, the office’s spokeswoman Soňa Valášiková informed. “ÚDZS deems the measures adopted insufficient. Based on the information available, ÚDZS ordered VšZP to adopt measures to eliminate the flaws and their causes within 30 days at the latest,” she said. “The health insurer also must inform ÚDZS on their fulfilment within 30 workdays after the protocol is delivered. ÚDZS launched administrative proceeding in imposing the sanction towards VšZP,” Valášiková explained.

On February 2, 2016 the opposition Sieť party drew attention to extraordinary profits enjoyed by Dr. Pavel Kostka under Robert Fico’s government due to special VšZP payments. Kostka’s clinic specialises in massages and rehabilitation. In the meantime, Transparency International Slovensko watchdog discovered that Klinika Kostka also received money from the Prime Minister’s reserve and European funds. VšZP argued that the contract establishing a unique payment code for Klinika Kostka was already signed back in 2011 under former director Marian Faktor (a nominee of Christian-Democratic Movement-KDH), and that the deal was abrogated in 2015.

The recent ÚDZS audit showed that VšZP paid the clinic owned by Pavel Kostka also acupuncture or massage with lava stones as special health-care measures, under a special code. However, these should not be repaid by public health-care insurance; and, moreover, VšZP did not reason the increase in payment to Klinika Kostka, a rehab clinic specialising in massages, for these treatments. A third complaint was that the treatment was not ordered by an authorised specialised doctor.

In 2011, Klinika Kostka received “a special code” which enabled it to operate in a way unheard of by other similar facilities. Until the first half of 2015, VšZP made no audit focused on the effectiveness and economy of the resources rendered by public health-care insurance which is required by law; it failed, despite a request to do so, to file a pilot project, an expert opinion for the project and the evaluation of the project, according to Valášiková.

The state insurer has so far failed to comment. Its spokeswoman Petra Balážová told the TASR newswire that they will say more after ÚZDS report is scrutinised and due administrative steps are made.