Prime Minister Robert Fico was hospitalised at the National Institute of Cardiovascular Diseases (NÚSCH ) on April 14. The Denník N daily reported on the possibility of a heart attack. 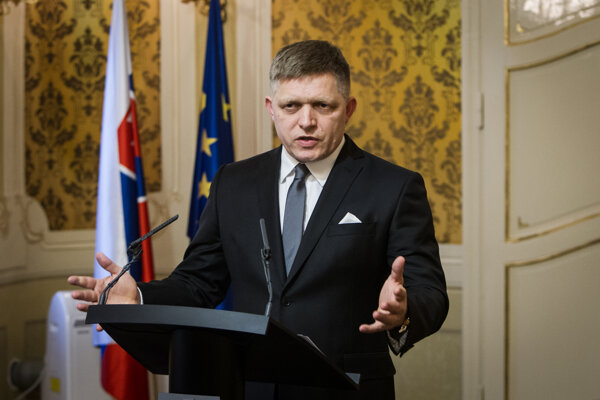 “I can confirm the prime minister is hospitalised for cardiovascular examination in the national institute,” NÚSCH spokeswoman Dobroslava Krajačičová said, as quoted by Denník N.

NÚSCH declined to comment on the reasons for Fico’s hospitalisation, but as the The Slovak Spectator went to print Fico was set to stay overnight.

Fico reportedly had problems already on April 12 and cancelled a planned testimony in court. He also changed his daily schedule on April 13, though he attended the government session at which the new programme statement was adopted, Denník N wrote.

Due to his health condition, Fico had to cancel his official visit to the Czech Republic to discuss further economic cooperation, infrastructural projects, security cooperation, tourism and current state of European and international relations, the Sme daily reported.

Fico, who recently started his third term as premier, was set to follow the tradition that sees the first foreign visit of a Slovak official take place in the Czech Republic, which does the same.