A licence to print money

Among the stranger aspects of life in Slovakia – along with the whipping of womenfolk at Easter, the ubiquity of notaries, and those curious outbreaks of civility that one encounters only upon entering and leaving elevators – is the food voucher. The idiosyncrasies of this ersatz currency speak volumes about Slovakia itself. 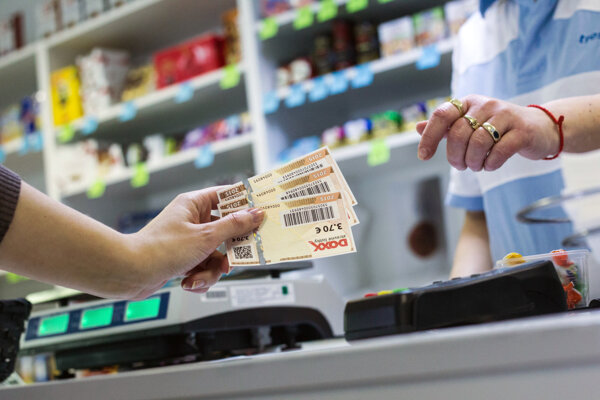 You may have seen them being handed over as payment at restaurants or supermarkets: multi-coloured scraps of paper, often poorly printed, sometimes crumpled and tatty. Slovak companies must provide these vouchers, known colloquially as gastro lístky and officially as stravné lístky, to their employees if they do not offer an on-site canteen serving hot meals.

A useful perk of employment? To many people, yes – and to some, a very welcome addition to their income. But they are not without their drawbacks.

For a start, they come in odd denominations (for instance, €3.20), which can make calculation fiddly for the arithmetically challenged. If the bill is less than the face value, you get no change. They don't work outside Slovakia. And if you forget to spend them, they expire. That's right: this is currency that is date stamped and can lose its entire value within weeks.

When I recently tried to return some 2015 vouchers, the issuer gleefully told me that no restaurant or shop would now accept them, and neither – after a short grace period that had ended in mid-January – would they. When I queried what exactly had happened to the cold, hard euros that they had originally been paid for these now worthless scraps of paper, they admitted that they had simply pocketed them as profit.

Naturally, seigniorage earned from dim-witted foreigners is not the issuing firms' only source of revenue. As well as collecting a fee from employers when they sell them, they charge retailers a commission to redeem them – and land both parties with an administrative headache: at larger companies, people are employed just to calculate, count and distribute these vouchers; large supermarkets must do the reverse at the other end.

Pity the harassed waitress or checkout assistant who miscounts vouchers or fails to spot any that are invalid (most places take at least 5 types, of all shapes and sizes): the shortfall is typically docked from their wages.

With such easy pickings, the market has, predictably, been stitched up. On February 25, the Anti-Monopoly Office announced that it was fining five issuing firms almost €3 million for operating a cartel in 2009-14. It is far from the first voucher-related scandal: in early 2008, the Interior Ministry was forced to cancel a huge tender for vouchers after claims of anti-competitive behaviour. In 2008 and again in 2009, The Slovak Spectator reported on alleged corruption in similar tenders.

In response to the recent PMU fine, the Labour Ministry issued a bizarre statement in which, according to the TASR newswire, it defended meal vouchers and warned that if people were given cash instead, they might skip lunch and thereby harm their health. It is revealing that the government regards its benighted citizens as so incapable of deciding what is in their own interests that it feels justified in coercing them into eating.

But in its curiously Slovak way, this morass of bureaucracy and cronyism contrives to produce at least some positive results, albeit in a very round-about way. Giving thousands of people 'funny money' that they must spend quickly has created a market for reasonably priced meals. Even in central Bratislava, you can enjoy a good quality, freshly cooked two-course lunch for less than €5. Try finding a deal like that in London or Paris, or even Vienna.

Just please make sure you spend those vouchers by the end of the year.