Just a bike ride away

The Dutch EU Council presidency is an opportunity to show Europeans the bicycle as a healthy and sustainable means of transportation with a place of its own in urban mobility. 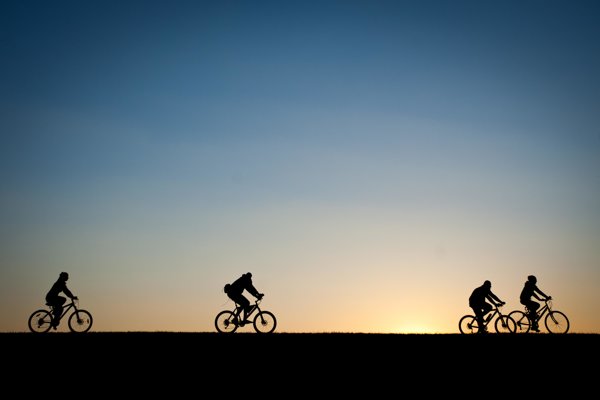 Cycling at dawn on a route along the Danube River. (Source: SITA)
Font size:A-|A+

The Netherlands is the only country in Europe where the number of bicycles (22.5 M) surpasses the number of its citizens (17 M). You will find them on any corner of any street, at any occasion and you will see people use them during whatever weather. The EU Council presidency is an excellent opportunity to show European citizens the bicycle as a healthy and sustainable means of transportation with a place of its own in urban mobility. It offers smart and easy solutions for traffic jams and parking space. Furthermore, using a bicycle improves the environment in cities and increases citizens’ every day mobility.

With a view to promoting cycling among European citizens, the Cycling Festival Europe is taking place from 14 April until 30 June in many EU countries and even beyond. Dutch Embassies across Europe will aim at getting as many people as possible on their bicycles.

In Bratislava, on 14 April, the cycling day took place which started with an expert round table bringing together representatives of the Ministry of Transport, Bratislava municipality, Bratislava self-governing region, the Police Presidium and NGOs. The aim of the discussion was to generate ideas on further integrating cycling into urban mobility in Slovakia as well as on how to build safe cycling infrastructure. Later in the afternoon, we proceeded from talk to action by going by bike through the Bratislava streets. A great number of enthusiastic cyclists decided to join this event!

On that same day, 28 EU Ministers for environment and transport met in Amsterdam during the Informal Environment and Transport Council which was devoted to smart and green mobility. IT technologies made it possible to share the pictures from cycling Bratislava with the European ministers! Best practices and experiences from all over Europe were sent to this meeting to promote cycling. The European Cycling Festival demonstrated how to connect European citizens to the policy-makers. Joint solutions for the many problems in our cities were on the table. The bicycle is only part of the solution for the concept of ‘urban’ thinking. Green and smart transportation is part of a bigger concept of a ‘smart city’, using its resources efficiently and creating a healthy environment. Reducing emissions in the transport sector still remains a major challenge.

The agreement at COP21 in Paris demands for urgent action in combating climate change. Transportation is vital for our economy, yet at the same time it may harm our health and environment. Research and innovation should bring us gradually towards a promising new era in road transport. Low and zero emission fuel sources are appearing more and more on the scene.

On European roads, the number of electric cars and busses is increasing. New technology, such as hydrogen fuel cell systems or sustainable biofuels, is being applied in the transport sector at an increasing pace. At the same time, the much needed infrastructure – new charging networks and filling stations – should be put in place.

The Ministerial meeting in Amsterdam pushed further this fascinating transition towards green and smart transportation. Bringing together policy-makers, innovators and technology-developers acts as a cauldron for mixing new ideas, policy incentives and legislation. Once again Europe proved it can be close to its citizens. Just a bike ride away!