The government plans to increase the amount of money to be spent on education to reach €2 billion over the next four years, through a regular annual increase in expenditure. 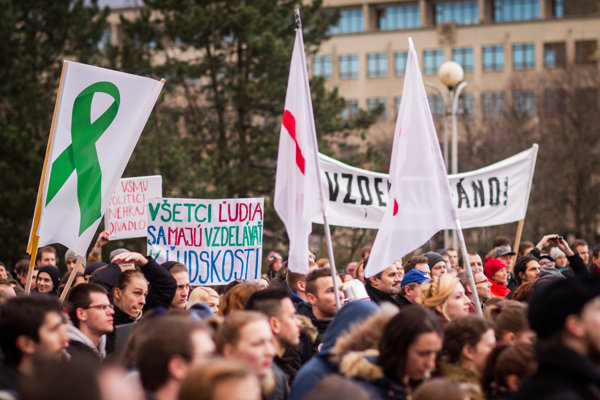 The planned annual 6-percent increase in salaries within the next four years disappointed teachers who protested for higher salaries for more than a week before the general election took place on March 5.

Altogether the government plans to increase the money to be spent on education to reach €2 billion over the next four years.

“I don’t think that the government will deal today or tomorrow with what we are asking, therefore the only possible solution is to point to the insufficient additional funding of the whole education sector,” said Unions’ leader Pavel Ondek. “Together with other professional organisations we decided to hold a protest march. We united. It is not only about the unions but the associations and the Slovak Teachers Chamber as well.”

The Slovak Chamber of Teachers and the Initiative of Slovak Teachers insist that the government should increase the tariff salaries in the education system and also the budget of the Education and Interior Ministries in order to have enough funds to equip schools. They also want the ministry to change the system of credits, thanks to which they can increase their qualifications and also salaries.