Security will not exist without stability 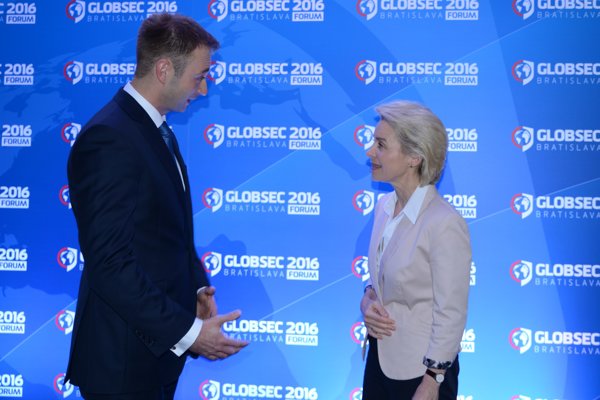 The German Minister of Defence, Ursula von der Leyen, this year’s keynote speaker, spoke about today’s challenges, including Russia, ISIS, the refugee crisis and Brexit. She argued that European Union (and NATO) cannot choose between humanity and security; in order to secure lasting progress, it must combine both. To that end, we must take care of Europe, or we run the risk of losing it.

Von der Leyen concluded by stressing that Germany is ready to take responsibility and leadership from the center. For that, however, it still needs to invest more in capabilities.

“...we have a model to offer to the world; unity and diversity; respect and values”

“Russia is not an enemy; but currently it is not a partner either”

Slovak President Andrej Kiska spoke about the need to protect our key democratic values. He emphasized the collective need to fight extremism and illiberal political elements whose sole political platform is to weaken our democratic foundations and whose aim to promote possible alternative to liberal democracy.

“We cannot abandon our humanity no matter the threat.” 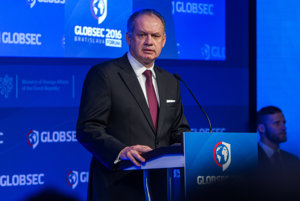 Read also: We cannot act as if the history has ended Read more

With Daesh migrating out of Iraq and taking advantage of the existing regional power struggles, the level of instability in the Middle East has been further increased. Gen. John Allen stated that Daesh exists in three essential components: first, there is a core geographic ISIL in Iraq and Syria (currently facing considerable pressure from the West, Russia and local forces); secondly, in the state of the caliphate against apostates and thirdly, in the form of the global ISIS network – reaching outside the region of the Middle East (Europe, Asia and Africa). The key roots of Daesh success are originating in regional state failure, poor governance and lack of education.

While Daesh´s surface area is currently shrinking, countering violent extremism via conventional security means isn’t enough, as the ultimate solution to counter the organization shall be a generational effort to change the fundamental conditions in the region.

“If we are countering violent extremism we are already late.”

“...(to win over the Daesh) we need a Muslim face and a Muslim voice; the message has to be local.” 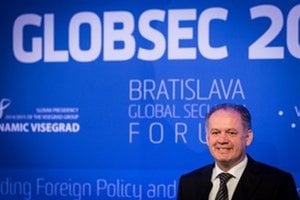 The current state of politics and the overall societal mood is a significant factor in the process of shaping the future role of NATO. Whether it is addressing the military actions of revisionist Russia or fulfilling NATO´s role in defending allied members in relations to emerging terrorist threats, the internal cohesion of the Alliance is the key requisite of success. Most of the debates about the current role of NATO as a security provider accentuate the relevance of cooperation between NATO countries and NATO´s non-allied partners. Russia continuously perceives the Alliance as one of main threats to its security. Within the line of this perception, the Russian military had undertaken a considerable reform - unmatched neither in scale nor complexity by any European NATO country. The upcoming Warsaw summit of the Alliance should serve as a platform for adapting the Alliance to the changing nature of current challenges by reinvigorating its traditional capabilities (nuclear forces and enhanced troop stationing) and by further enhancing new capabilities - with cyber security and anti-propaganda being in the forefront of the agenda.

Gen. Petr Pavel: “We have two powerful institutions: EU and NATO – the Alliance can provide security, EU stability. Security will not exist without stability.”