Slovaks have last laugh with change to Czechia

“Slovakia” just rolls off the tongue when you were used to saying, “Czechoslovakia”, but what did you leave behind for your friends next door? 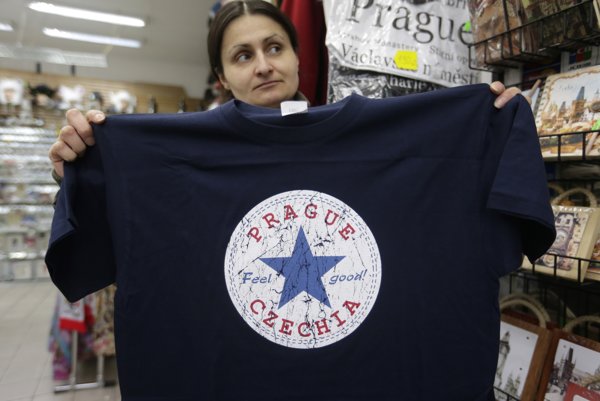 Amid a refugee crisis, the splintering of the European Union and stalemate in nearby Ukraine Czech Foreign Minister Lubomír Zaorálek thinks it important that people – when speaking informally in another language – use a new name to refer to his country.

If and when you refer to them in English, your neighbours are no longer the “Czech Republic” but “Czechia”. Looking over from the “Slovak Republic” this may make a lot of sense, but perhaps it is hard to see the troubles of your former country men and women for the past few decades.

“Slovakia” just rolls off the tongue when you were used to saying, “Czechoslovakia”, but what did you leave behind for your friends next door? What exactly were they supposed to do with “Czecho”? “Slovaks” living in Czechoslovakia may have been mistakenly referred to internationally as “Czechs” for some 75 years, but you look to have gotten the last laugh.

“We recommend using the single-word name in foreign languages in situations when it’s not necessary to use the country’s formal name: sports events, marketing purposes etc,” came an official statement from the Czech government.

Certainly, Czechs have the right to be called whatever they want – call yourself Raul for all I care, who am I to judge? – but it is not clear that people actually want this. President Miloš Zeman likes the idea, but a majority of English speaking Czechs in surveys do not.

Outside of a few very passionate people on Twitter, during the past eight years of living in the Czech Republic I have never heard this topic come up in conversation. That is literally zero times in a whole lot of pub conversations where people expressed lots of opinions on important topics (No, I do not think that is Donald Trump’s real hair. Yes, I did prefer Jaromír Jágr’s look from the 1990s.).

Much more bizarre than the decision to recommend a name change, is doing so with virtually no public dialogue. No doubt the current government has a democratic mandate to pass laws and implement policy, but I didn’t see any of the three parties in the current governing coalition promoting a change in the country’s name during the last election – never mind a change in the country’s name in informal cases in another language.

Zaorálek said the change is necessary because, “there have been distortions and misspellings in the past.” Regardless of the other merits of a name change – it’s shorter, perhaps less bureaucratic sounding, fits easily onto a t-shirt – to me, an English speaker, it is hard to see how “Czechia" will lead to fewer misspellings. I am having a hard time writing it now and I am a professional writer.

Regardless of what Zaorálek or Zeman say, I suspect it is largely out of their hands whether the world’s English speakers will adopt the name change during what – in the grand scheme of things – have to be only very occasional references to the country during casual conversation.

I do know one thing, when people ask me where I live from now on, I will just say Prague.