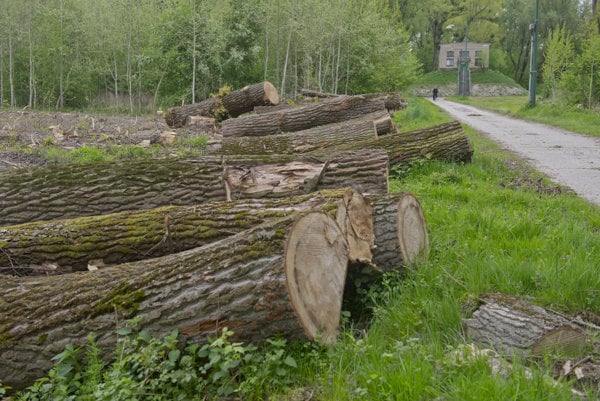 The island is a significant, strategic and the oldest (potable) water source in Slovakia. State-run forestry company Lesy SR would like to cut down 50 percent of its trees over the next decade. Its intentions were brought to light by the Denník N daily which reported about it earlier in April.

“I instructed Lesy SR’s director general to halt any activities there... however, I must openly say that this is only until we manage to find a common solution,” Matečná said, as quoted by the TASR newswire.

The ministry will seek a common solution along with state water management company Bratislavská Vodárenská Spoločnosť (BVS) and Bratislava’s city council. It would be premature to talk about potential alternatives or particular solutions for now, Matečná added. She has already ordered an analysis of the situation and not only with regard to Lesy SR, but all the competent institutions should participate in this process.

“I hope that those who have something to say to this – i.e. forestry, water-management and environmental experts – will choose a solution to the benefit of this locality,” the minister added, as quoted by TASR.

Revision of the planned extent of cutting down trees in the first-degree protected zone for 2016-2025 was on the agenda of Matečná’s meeting with BVS director general Zsolt Lukáč on the Sihoť island on April 18. Lesy SR gives rotten and damaged trees and the plan to plant new trees as the reasons for the harvesting. The ministry’s priority is to preserve the environmental stability of the area so that water sources are not threatened, as reported by TASR.

Sihoť has been used for water supply purposes since 1886 for Bratislava’s boroughs of Karlova Ves, Devín and the Old Town. Thanks to the geological composition of its land, the quality of the water from Sihoť is reportedly among the best not only in Slovakia but in all of central Europe.