MOVEMENT of individuals and groups is the leitmotif of the 11th year of the Fjúžn festival which annually puts focus on new minorities, i.e. migrants, refugees and people who come to Slovakia and settle here, seeking to connect them with Slovaks and among themselves. 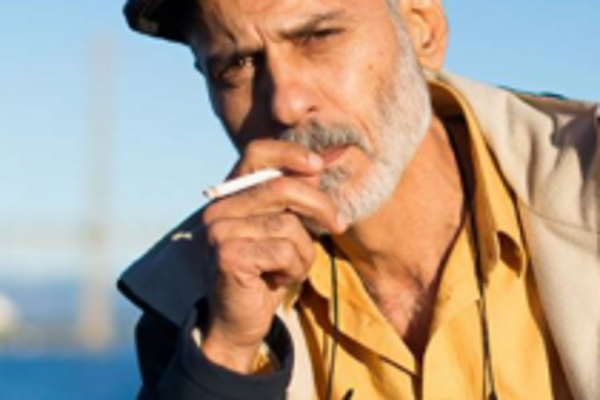 The event takes place this year between April 21 and 28 at various sites in downtown Bratislava and includes not only discussions (e.g. with Zuzana Kizáková who coordinates volunteers for refugee camps) but also a host of other things: a workshop of Ukrainian folk dance, presentation of Syrian translator Mohammad Habeeb (T. S. Eliot, José Saramago, Erich Fromm, Carl Gustave Jung) who was forced to flee his homeland in 2015 and was helped by ICORN – International Cities Of Refugee Network; a theatre performance of the group Funnylicious called Scenes of Spontaneous Situations (English language); the Ambassador Anniversary party organised by the InterNations Bratislava network; as well as concerts, disco parties, film screenings, creative workshops and informal meetings.

The Week of New Minorities, as it was first called, has grown since 2006 into a small urban festival which is a regular part of spring time in the capital.

Apart from a stand-up comedy in English Joke’s On You, there will be also a lot of movement, or rather motion (with instructions in English) at the during the Traditional Sunday Parade (April 24), this time a Fjúžn parade, with the Internationals Bratislava – yoga, pilates, creative workshop, zumba and Oriental dance. The Sunday Parade will spill over to the House of Art / Dom umenia across the square. 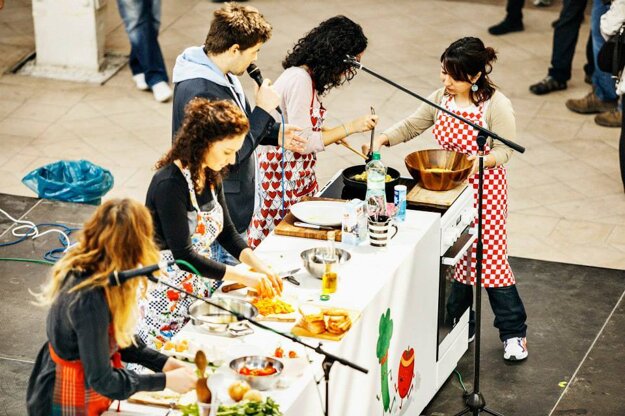 There will be an ecumenical service (in Slovak) in Big Evangelical Church in Panenská 28 – on April 26. There will be a festive group cycling across Bratislava Birthday Critical Mass on April 29. Asia days will have a great offer, including dances, taekwondo, tea ceremony, festival of cherries in bloom, calligraphy, shogi, and more – at the Good Market in Jakubovo square.

Especially for foreigners who have arrived recently, there is a workshop Welcome to Slovakia offered on April 27, as well as a debate of foreign volunteers working for the Quo Vadis House in English, and a discussion on migration experience on April 28.

There will be also a Ladies’ Meeting (Babinec) organised by the Islamic Foundation in Slovakia.

And of course, there will be a lot of music from Slovakia and abroad.

“Movement… we decided for this issue, as we want to react also to the current events in Europe and in the world,” Laco Oravec, head of the organising Milan Šimečka Foundation, explained. “Our foundation celebrated its 25th anniversary in February. For a quarter of a century, we have been striving for trust and tolerance not to disappear from our daily conversations, or from discussions and cultural events.”

A more detailed programme of the festival which perceives movement as a synonym for migration, a changing world and a journey, wandering or escape can be found on Facebook.